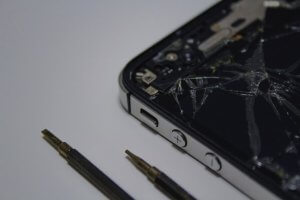 The Federal Trade Commission (FTC) unanimously voted to ramp up law enforcement against repair restrictions that prevent small businesses, workers, consumers, and even government entities from fixing their own products. This decision essentially puts the “right to repair” in place.

The Commission voted 5-0 to approve the policy statement during an open Commission meeting that was live streamed to its website.

“These types of restrictions can significantly raise costs for consumers, stifle innovation, close off business opportunity for independent repair shops, create unnecessary electronic waste, delay timely repairs, and undermine resiliency,” FTC Chair Lina Khan said during an open Commission meeting. “The FTC has a range of tools it can use to root out unlawful repair restrictions, and today’s policy statement would commit us to move forward on this issue with new vigor.”

In a policy statement, the Commission said it would target repair restrictions that violate antitrust laws enforced by the FTC or the FTC Act’s prohibitions on unfair or deceptive acts or practices. The FTC also urged the public to submit complaints of violations of the Magunson-Moss Warranty Act, which prohibits, among other things, tying a consumer’s product warranty to the use of a special service provider or product, unless the FTC has issued a waiver.

The FTC’s statements come days after the White House endorsed similar rules in an executive order on economic competition. That part of the executive order specifically states that the FTC will exercise rulemaking authority regarding several areas, including “unfair anticompetition and surveillance practices on third-party repair or self-repair of items, as imposed by powerful manufacturers that prevent farmers from repairing their own equipment.”

That part refers to farmers who use John Deere tractors, and who have sued for the right to repair their own tractors. Currently, some farmers face legal repercussions when they try to fix their machinery themselves.

The FTC could choose to use its new policy to prevent companies like Apple, Microsoft, Amazon and Google from working to put a stop to laws that would require them to provide genuine repair parts and device schematics to independent repair shops.