The U.S. Department of Commerce said that it wouldn’t enforce its order that would have forced the Chinese-owned TikTok video sharing app to shut down, The Wall Street Journal reported. The reason is due to the result of a lawsuit.

In September of 2020, the U.S. Department of Commerce announced a prohibition on transactions relating to mobile apps WeChat and TikTok. It would have barred companies from providing internet hosting or content-delivery services to TikTok. This would have resulted in making TikTok inoperable in the United States.

In October of 2020, three popular TikTok creators, Douglas Marland, Cosette Rinab, and Alec Chambers filed a lawsuit against the Department of Commerce. TechCrunch reported that each have millions of followers on TikTok. Their argument was that banning the app would make them lose access to their followers, and impact their ability to earn a living.

U.S. District Judge for the Eastern District of Pennsylvania Wendy Beetlestone granted the three TikTok creators the preliminary injunction hey asked for. According to NBC News, Judge Beetlestone also found that the government had gone beyond the authority under the International Emergency Economic Powers Act.

As a result, the U.S. Department of Commerce announced that the preliminary injunction enjoined it from enforcing the prohibition on TikTok. It appears that the U.S. government intends to appeal this ruling. 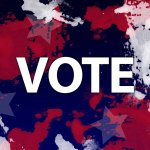 The U.S. Cybersecurity & Infrastructure Security Agency (CISA) posted a joint statement in which they declared: “The November 3rd election was the most secure in American history”. This should be a big relief to those who were concerned about potential security issues, or who have become convinced that the election was “rigged”.

“When states have close elections, many will recount ballots. All of the states with close results in the 2020 presidential race have paper records of each vote, allowing the ability to go back and count each ballot if necessary. This is an added benefit for security and resilience. This process allows for the identification and correction of any mistakes and errors. There is no evidence that any voting system deleted or lost votes, changed votes, or was in any way compromised”.

CISA is the nation’s risk advisor, working with partners against today’s threats and collaborating to build more secure and resilient infrastructure for the future.

In short, this group includes people who have the job of making sure our election infrastructure is secure. Together, they have more data about this election than anyone else. Personally, I think this statement should be viewed as a major debunking of the misinformation that has been spread about this election.

Here is a small portion of the Department of Commerce’s announcement:

…While the threats posed by WeChat and TikTok are not identical, they are similar. Each collects vast swaths of data from users, including network activity, location data, and browsing and search histories. Each is an active participant in China’s civil-military fusion and is subject to mandatory cooperation with the intelligence services of the CCP. This combination results in the use of WeChat and TikTok creating unacceptable risks to our national security.

Has the U.S. government ever banned an app before? If so, I don’t remember that happening. The thing that bothers me is that there are several social media platforms that collect the same kinds of data from American users, (but are not involved with China). My concern is that the prohibition on WeChat and TikTok could be used as precedent for the Trump Administration to ban Twitter and/or Facebook.

As of September 20, 2020, the following transactions are prohibited:

CNBC reported that WeChat is owned by the Chinese company Tencent. TikTok’s parent company is Beijing-based Byte Dance. CNBC points out that the prohibition means Apple and Google will have to pull those apps from their libraries. 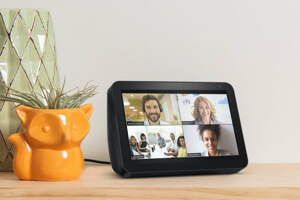 As you may recall, earlier this month Zoom revealed that it would only enable end-to-end encryption on paid accounts. The free accounts were not going to get that protection. After public outcry (and, I suspect, loss of customers), Zoom now says it will add end-to-end encryption for all users starting in July of 2020.

Since releasing the draft design of Zoom’s end-to-end encryption (E2EE) on May 22, we have engaged with civil liberties organizations, our CISO council, child safety advocates, encryption experts, government representatives, our own users, and others to gather feedback on this feature. We have also explored technologies to enable us to offer E2EE to all tiers of users.

Zoom has released an updated E2EE design on GitHub.

In its blog post, Zoom states that the updated E2EE design “balances the legitimate right of all users to privacy and the safety of users on our platform.” In addition, Zoom says the new design will enable them to “maintain the ability to prevent and fight abuse” on their platform.

There is a bit of a “catch”, however. Free/Basic users will not automatically have the E2EE applied. In order to get it, these users must give Zoom a verifying phone number via a text message.

In other words, users have to give Zoom more information before they can get E2EE protections. I’m not sure how many people trust Zoom with their phone number, considering (as TechCrunch reported in April) Zoom routed some calls made in North America through China – along with encryption keys.

Zoom says the early beta of the E2EE feature will begin in July of 2020. Betas are known to be a bit wonky, as users discover “bugs” and other problems. I wouldn’t consider a beta of E2EE to offer much protection.

Hosts of Zoom calls will be able to toggle E2EE on or off on a per-meeting basis. Account administrators will also be able to enable and disable E2EE at the account and group level. To me, it sounds like people using a free Zoom account will be told they have E2EE protection (sometime after the beta ends). But, they won’t really have it if their employer can turn it off.