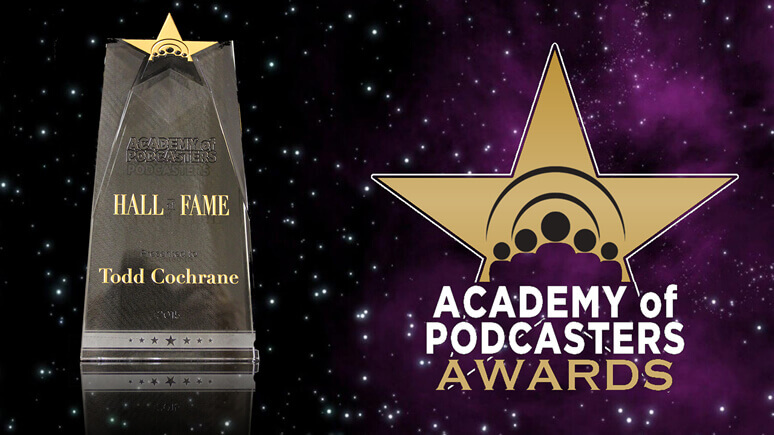 He wrote the book on podcasting. Well, at least the first: “Podcasting: The Do-It-Yourself Guide.” He is the founder of the People’s Choice Podcast Awards and the Tech Podcast Network. He is also credited with bringing the first advertisers into podcasting, GoDaddy. But in a career that has earned him a place in the Inaugural class in the Podcast Hall of Fame, perhaps Cochrane’s biggest influence on podcasting is the founding of RawVoice and its podcasting company, Blubrry Podcasting. Blubrry offers  85,000+ active podcasters: media hosting, advertising opportunities, content creation tools, and more.

Geek News Central is a subsidiary of  New Media Productions, launched in May 2002 with the goal of creating a high-quality tech and informational site for people of all ages and backgrounds.  Site content is created by a team of writers. He and his team attend special events like CES, NAB, etc, employing researchers to help with scheduling interviews and coverage content.

The staff and contributing editors of Geek News Central travel to various trade show events each year. From 2006 to 2020 our coverage of the Consumer Electronics Show and the 7000 plus interviews and product highlights have received over 900 Million views by consumers worldwide with select companies highlighting the content on their own corporate websites.

The site is also the home of the Geek News Central Podcast in which the host Todd Cochrane produces a twice-weekly podcast and numerous online articles about the consumer market which launched in October of 2004 with over 1500 episodes.

The goal continues to be posting quality technical consumer reviews and keeping people informed of happenings within the new media and technology space. As you can see from our content we want you to be exposed to new ideas and technologies by publicizing new and innovative software or pieces of information that affect your daily connected lives.