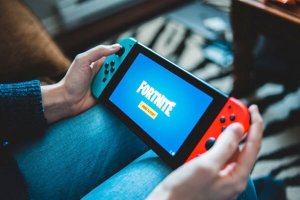 Fortnite will not be returning to the iOS Apple Store anytime soon, The Verge reported. This was clarified by Apple recently in a series of emails between Apple and CEO and co-founder of Epic, Tim Sweeney.

Recently, Judge Yvonne Gonzalez Rogers issued a permanent injunction to Apple, to restrain Apple from “prohibiting developers from including their apps and their metadata buttons, external links, or other calls to action that direct customers to purchasing mechanisms, in addition to In-App Purchasing and communicating to customers through points of contact obtained voluntarily from customers through account registration within the app.” That seemed to be in Epic’s favor.

In addition, the judge also sided in Apple’s favor, requiring Epic to pay damages to Apple in an amount equal to 30% of the $12,167,719 in revenue Epic Games collected from users on the Fortnite app on iOS through Epic Direct Payment between August and October 2020, plus 30% of such revenue Epic Games collected from November 1, 2020, though the date of judgement, and interest.” In short, the judge felt Epic Games had breached its contract with Apple.

CEO and co-founder of Epic, Tim Sweeney, posted on the Epic Games website about this situation (and also tweeted about it).

Tim Sweeney wrote, Apple lied. Apple spent a year telling the world, the court, and the press they’d “welcome Epic’s return to the App Store if they agree to play by the same rules as everyone else.” Epic agreed, and now Apple has reneged in another abuse of its monopoly over a billion users. According to Tim Sweeney, Epic has paid Apple $6,000,000 as ordered by the court.

The blog post includes a screenshot from Tim Sweeney to someone at Apple. There is also a screenshot of a response from what appears to be a lawyer for Apple. The response briefly reviews the outcome of the case. The key points appear to be these: “Apple has exercised its discretion not to reinstate Epic’s developer program account at this time. Furthermore, Apple will not consider any further requests for reinstatement until the district court’s judgement becomes final and nonappealable.” 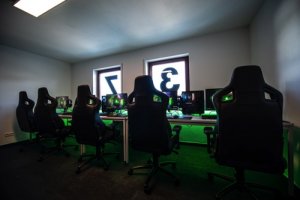 Epic has decided to appeal the ruling in the its case against Apple. Judge Yvonne Gonzalez Rodgers, of the United States District Court of Northern California issued a permanent injunction in the Epic v. Apple case.

The judge also wrote a judgement that includes a counterclaim in which she was in favor of Epic Games, on the Tenth Court for violations of California’s Unfair Competition Law and in favor of Apple on all other counts.

The judge also wrote in favor of Apple on Epic’s breach of contract. The judge required Epic to pay damages in an amount equal to 30% of the $12,167,719 in revenue Epic Games collected from users on the Fortnite app on iOS through Epic Direct Payment between August and October 2020, plus 30% of any such revenue Epic Games collected from November 1, 2020 through the date of judgement and interest of law.

One could reasonably assume that it is the part that Epic doesn’t like. On the day the ruling was released, Epic Games CEO Tim Sweeney tweeted: “Today’s ruling isn’t a win for developers or for consumers. Epic is fighting for fair competition among in-app payment methods and app stores for a billion consumers.”

The Verge posted a copy of Epic’s appeal. Here’s the main paragraph:

Notice is hereby given that Epic Games, Inc., Plaintiff and Counter-defendant in the above-named case, appeals to the United States Court of Appeals for the Ninth Circuit from the final Judgement entered on September 10, 2021… and all orders leading to or producing that judgement, including but not limited to the Rule 52 Over After Trial on the Merits … and the Permanent Injunction… each entered on the same date.

Overall, I think this means that the Epic v. Apple case is going to continue its way through the courts. It might be the court case that seems as though it will never actually end.

Niantic wrote a blog post on its website titled: “The Metaverse is a Dystopian Nightmare. Let’s Build a Better Reality”. Niantic starts by pointing out some of the sci-fi books in which the metaverse is harmful to people. Some examples include William Gibson’s work, in which characters spend time wired into a digital universe where they explore, socialize, and fight. Niantic also pointed to Ernest Cline’s Ready Player One, where “virtually everyone has abandoned reality for an elaborate VR massively multiplayer video game.”

This is unexpected take from a company that makes games that require players to log in to a virtual world as they walk around outside gathering items, collecting things, and fighting battles.

“It means that those millions of users can create, change, and interact with digital objects in the physical world and that experience is consistent and shared by everyone. In the world of software, we call that a ‘shared state” – we are all seeing the same thing, the same enhancements to the world. If you change something it’s reflected in what I see, and vice versa, for the millions of participants using the system.”

Niantic is also appears to be interested in creating AR smart glasses. The company states that it has partnered with Qualcomm to invest in a reference design for outdoor-capable AR glasses that can orient themselves using Niantic’s map and render information and virtual worlds on top of the physical world. Niantic seems to suggest that this partnership would allow many partners to create and distribute compatible glasses.

Niantic believes that the metaverse is a dystopian nightmare. That said, it hopes that many players will choose to experience the version of the metaverse the they are creating.

The Verge explained that the lawsuit is against Tencent, a Chinese tech giant. The Verge also explained that when WeChat is used in youth mode, it restricts younger users’ access to functions like mobile payments, as well as certain games.

According to South China Morning Post Tencent has significantly cut down playing time for minors under 18 on its flagship game Honour of Kings in a bid to appease Beijing’s concerns about gaming addiction among young people in China.

More specifically, gamers under the age of 18 will have their playing time limited to one hour on regular days and two hours on public holidays. These minors were previously allowed to play Honour of Kings up to 1.5 hours on a regular day and three hours on holidays. Teenagers will also be prohibited from playing the game between 10pm and 8am, a move that goes beyond the central government’s mandatory limits for minors to engage in gaming.

In my opinion, it sounds like the Beijing prosecutors may have intended these rules to place limitations on players who are under the age of 18 as a means of preventing harm to them. However, the limitations of play time and the amount of money those players can spend could significantly harm the revenue that Tencent previously made on this game. 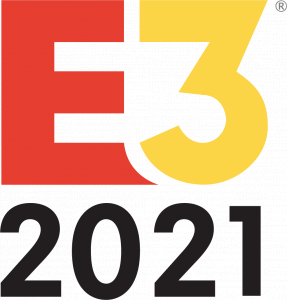 E3 2021 kicks off today (12 June) and continues for the next four days until Tuesday. Held this year online, there are over a dozen presentations from big names in the gaming industry including Nintendo, Ubisoft, Capcom, Square Enix, Take Two and Razer, plus interviews and panel sessions.

If you want to follow along, the show has a dedicated portal at https://e3expo.com/ for all the presentations and exhibitors. Alternatively, the show is broadcast on all the major media platforms:

Along with the show stream, E3 Expo is offered on a complementary app available from your preferred app store. There are exhibitor booths, people to follow, events and forums.

Tune in for a preview of all that’s coming to gaming in the next year.

OnePlus have partnered with Google’s Stadia and consequently their latest smartphones will come with a free Chromecast Ultra and a Stadia controller. Stadia is Google’s cloud-based gaming platform and offers instant gameplay without lengthy downloads.

OnePlus has a history of gaming promotions with PUBG and Fortnite taking advantage of fast smartphones and high refresh rates. I think the Bhangra Boogie Emote is still available… 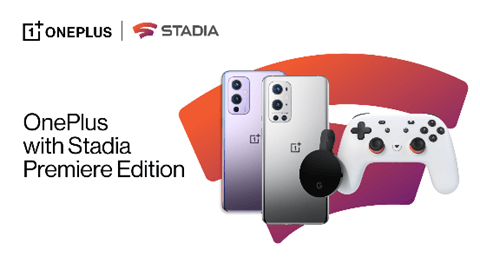 “At OnePlus, we are very close with our community of tech enthusiasts and a lot of them are avid gamers, so we know that mobile gamers are looking for a more immersive experience. That’s exactly what we are delivering with this unique bundle. By partnering with Google to offer Stadia Premiere Edition to our customers, we’re able to push the limits of gaming, making the best gaming experience even more accessible for the growing number of mobile gamers”, says Tuomas Lampen, Head of Strategy OnePlus Europe.

Outside of the promotion Stadia Premiere Edition costs GB£89.99, so it’s a good freebie. Google Stadia comes in two tiers, standard (aka Base) and Pro. The Pro tier has a free month trial and then costs GB£8.99 per month and offers an ever-increasing selection of games. If you don’t go Pro, individual games can be purchased as desired. There’s a extensive library of games with recognisable titles – Hitman, Tomb Raider, Hello Neighbor, Final Fantasy – but they do cost roughly the same as titles on other gaming platforms.

Stadia works across Google’s platforms – Android phones, Chromebooks, PC Chrome browser and on the TV via Chromecast. It’s a neat idea, especially if you aren’t wedded to an existing gaming ecosystem. To be fair, there have been some concerns about Google’s commitment to Stadia but as it’s a freebie, I’d take it and play.

The promotion is available to purchasers of OnePlus 9 Pro, 9, 8 Pro, 8T and Nord smartphones in UK, France and Germany from oneplus.com until 30th September.