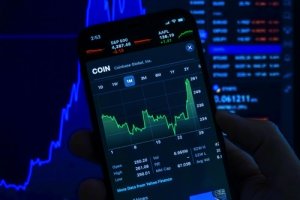 “Today’s arrests, and the department’s largest financial seizure ever, show that cryptocurrency is not a safe haven for criminals,” said Deputy Attorney General Lisa O. Monaco. “In a futile effort to maintain digital anonymity, the defendants laundered stolen funds through a labyrinth of cryptocurrency transactions. Thanks to the meticulous work of law enforcement, the department once again showed how it can and will follow the money, no matter what form it takes.”

The Wall Street Journal reported that the two people were both arrested without incident Tuesday morning in Manhattan. They have promoted themselves on social media as entrepreneurs with deep knowledge of tech and a love of travel.

According to The Wall Street Journal, at the couple’s appearance in Manhattan court, U.S. Magistrate Judge Debra Freeman set bond at $5 million for Mr. Lichtenstein and $3 million for Ms. Morgan, requiring that their parent’s homes be posted as security. The judge also ordered that they not have devices with internet access and prohibited them from conducting cryptocurrency transactions.

The two are facing charges related to conspiracy to commit money laundering and conspiracy to defraud the U.S. They were not charged with the hack of Bitfinex.

IBM explains that the blockchain has an immutable record of transactions. No participant can change or tamper with a transaction after it’s been recorded to the shared ledger. Transactions are recorded only once, eliminating the duplication of efforts that’s typical of traditional business records.

In short, the couple who allegedly attempted to launder a large amount of cryptocurrency left a trail of transactions that the Department of Justice used to discover the scheme. I’ve seen people on social media suggest that the blockchain is private and untraceable. However, the DOJ was very able to find the information they needed. 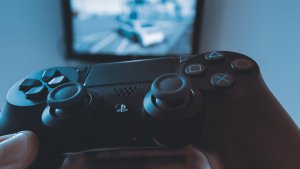 In the latest cyber moves by the Dept of Homeland Security against a Canadian on-line gambling outfit, it’s been confirmed that if it’s a .com domain, it falls under US jurisdiction, regardless of where the servers are, where the company is incorporated or who the domain registrar is.

Strangely for the “Land of the Free”, Americans aren’t allowed to gamble on-line but this didn’t stop Bodog, a Canadian-based on-line gambling site with the domain bodog.com, from aggressively marketing its services to US citizens. As a result, Bodog’s four owners have been indicted (pdf) on various internet gambling charges.

Almost everything to do with this organisation was out of harm’s way in Canada – the company, the owners, the servers, the domain registrar – so the DHS took the step of forcing Verisign into doing the dirty work. Verisign manages the .com infrastructure and they removed (pdf) some of the key linking records to the bodog.com domain, thus putting the domain off the net.

In this instance, it can be hard to feel any particular sympathy with Bodog as it appears that they did what they did knowing that it was illegal. Regardless, though the point is now made that a .com can be taken off the internet pretty much because the US doesn’t like it. Selling holidays to Cuba – you’re gone. Trading with Iran – you’re off-line. Evolution is a fact – you’re history.

If you or your organisation has a .com, you’re now under US jurisdiction, and if you think this is bad, imagine what it would have been like if SOPA had been enacted.

The murder trial of Jo Yeates is front page news throughout the UK – a neighbour Vincent Tabak is accused of killing her. At the moment, the prosecution is presenting its case and a couple of interesting things have emerged as evidence.

In particular, the prosecution has alleged that the defendant:

Of course, it will be up to the jury to decide whether these are good indicators of guilt, but regardless it’s clear that if someone is accused of a crime then there’s a pretty thorough examination of one’s computers and on-line behaviour. Obviously this case is about a very serious crime but it’s almost a gift to the prosecution when put together like this: can you think of any good reason to access this material at the time of the disappearance? However, this is circumstantial evidence and needs to be weighed as such.

On a related note, Google has announced that if you are signed-in to Google when you search, you will automatically use https://www.google.com/, the secure version of Google Search. While this will prevent casual snooping on your search, Google will be keeping hold of your search information so that it can better serve you adverts. And how long does Google keep the search information? Indefinitely or until you remove it. So while on the face of it encrypted search is a good thing, it comes at the price of Google knowing yet more about you.

I suspect that in the current murder trial, all the computer forensics team had to do was look back through the defendant’s browser history. Easy if there’s only one computer, but more difficult if the person has a home computer, work laptop, smartphone and so on. If you’re tied into Google everywhere, all they’ll have to do is subpoena information from Google and get your search data in one tidy little bundle. Nice.

As the fall-out from the News of the World scandal continues, many sources continue to inaccurately refer to “mobile phone hacking”. The truth (as far as is known) was that it was the voicemail of the mobile phone that was hacked rather than the phone itself. There are two ways to do this – the first is to simply guess the PIN of the voicemail and the second is to use Caller ID spoofing.

In the mid-2000s, most mobile phone voicemail systems were poorly protected as they typically came with a default PIN which was often easily guessed and only varied  according to the mobile phone company. Most users didn’t bother to change the PIN. Say the phone was on Orange, then the default PIN was 1234. If it was Vodafone, then 0000.  Typically, the villain then makes two simultaneous calls to the victim. One will be picked up, the other will go to voicemail.   By then pressing “*” or “#” while listening to the voicemail prompts, the individual can gain access to the voicemail system using the default PIN. Computeractive has article covering this scenario and how, in theory, it would be harder (but not impossible) to take this approach today.

As for Caller ID spoofing, this technique makes a call look like it’s coming from a different number than it actually is. It can be used legally to make someone calling from a mobile to actually appear to be coming from a company office, so that the person’s mobile number is not divulged. However, in some instances it has been used to gain access to voicemail boxes as many voicemail systems do not ask for further identification if the system recognises the inbound Caller ID as one of its own. PC Mag and c|net have short articles on how this is done and worryingly, this is still a threat. The Wall Street Journal covered the problem in 2010 before the current scandal broke.

It would appear that the best protection to both these attacks is (a) to change your PIN on your voicemail and (b) require your PIN even when calling from your own mobile phone. That way, even if your Caller ID is spoofed, the caller can’t get in without knowing your PIN.