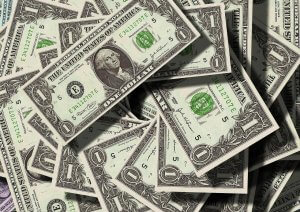 I love when big companies do something that truly benefits their workers. Amazon announced that they are increasing the minimum wage to $15 for all full-time, part-time, temporary (including those hired by agencies) and seasonal employees across the United States. This raise will be effective on November 1, 2018.

Recode reported that Amazon said that workers who are already making $15 an hour would also see a pay bump. It is unclear how much that increase would be.

The $15 minimum wage will benefit more than 250,000 Amazon employees, as well as over 100,000 seasonal employees who will be hired at Amazon sites across the country this holiday. In other words, Amazon workers will get start to get more money right as the holiday season starts.

Even better – Amazon’s public policy team will begin advocating for an increase in the federal minimum wage. Senior Vice President of Amazon Global Corporate Affairs, Jay Carney, pointed out that the current rate of $7.25 was set nearly a decade ago.

I often find myself frustrated by big companies that fail to pay their workers a livable wage. Jeff Bezos, the founder, chairman and CEO of Amazon, has a net worth of $166.3 billion. It’s fantastic that he finally stepped up and decided to start paying his workers more money.