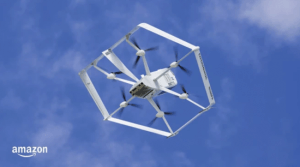 Amazon announced that Amazon customers in Lockeford, California, will be among the first to receive Prime Air drone deliveries in the U.S. Amazon wrote: The promise of drone delivery has often felt like science fiction. We’ve been working for almost a decade to make it a reality.

According to Amazon, Lockeford has historic links to the aviation industry. The community boasts one of the early pioneers of aviation – Weldon B. Cooke, who built and flew early planes in the early 1900’s – as a former resident. Now, over a century later, residents will get the opportunity to sign up for free drone delivery on thousands of everyday items,

Lockeford residents will play an important role in defining the future. Their feedback about Prime Air, with drones delivering packages in their backyards, will help us create a service that will safely scale to meet the needs of customers everywhere – while adding another innovation to the town’s aviation history.

Amazon says it is working with the Federal Aviation Administration (FAA) and local officials in Lockeford to obtain permission to conduct these deliveries and will continue with that collaboration into the future.

CNET reported that Amazon has been developing drones for years. It gained FAA approval for the drones in 2020, before scaling back the project the following year.

According to CNET, the drones use sense-and-avoid systems to operate safely. The drones can reliably avoid obstacles including other aircraft, people, and pets, Amazon said.

Once the system launches, customers in Lockeford will be able to order products through Amazon Prime Air and wait for the drone to arrive. It will fly to its destination, descend to the customers’ backyard, and drop the package from a safe height, before zooming away.

I can understand why Amazon wants to use drones to send things to customers who pay for Amazon Prime. It would not only give Amazon a reason to use its drones to deliver packages, but also could encourage customers to keep their Amazon Prime subscription going.

What I don’t like about Amazon’s Prime Air drone deliveries is that it appears to limit who can make use of it. A person could have an Amazon Prime subscription – but not have a backyard for the drone to drop the package in.

Amazon announced that they are extending their A-to-z Guarantee to protect customers in the unlikely event a defective product sold through Amazon causes property damage or personal injury – regardless of who sells it.

Amazon stated in a post on their website that the company will directly pay customers for claims under $1,000 – which Amazon says account for more than 80% of cases – at no cost to sellers. Amazon also says it may step in to pay claims in higher accounts if the seller is unresponsive or rejects a claim that Amazon believe’s to be valid.

CNBC reported that Amazon’s third-party marketplace, “where counterfeits, unsafe products, and even expired goods have become a notorious problem” have attracted scrutiny from lawmakers and regulators.

Last month, the U.S. Consumer Product Safety Commission sued Amazon to force it to recall dozens of defective products sold by merchants on its marketplace. Perhaps Amazon’s A-to-z Guarantee is a means by which to appease the Commission.

Financial Times reported that Amazon told the Texas Supreme Court that it was merely the middleman in a transaction where someone was injured by a product they purchased through Amazon. The Texas Supreme Court agreed with Amazon’s position. A California court said Amazon could be held potentially liable for third-party sales, in the same way a bricks-and- mortar retailer might be.

Overall, I think the result is that Amazon will take more effort to remove dangerous products from its platform. That’s good for everyone who makes a purchase on Amazon.

Amazon Echo caught on in the market right away, perhaps first as a novelty, but it quicky became useful. It does more than just play music and give sometimes funny answers. The news, the weather, directions…when in doubt ask Alexa, it very well may know.

Amazon is well aware that the Echo becomes inaccessible to people when they leave their home and the company was anxious to solve this problem, it brings Alexa right into your vehicle.

Android Auto is a tiny

device, about smart phone size and can clip to an air vent in your vehicle.

It’s strange how when we didn’t have Alexa we didn’t notice, but now we find ourselves not being able to live without it. We speak to it even out of range.

As you may know, this is Prime week. It lasts two days and Amazon has non-stop sales on all sorts of items from electronics to clothes to toys. Today only the retailer is selling the device for $14.99, down significantly from its regular $49.99. Happy shopping.

Very few people don’t shop at Amazon at least occasionally. Some perhaps more than they should – or more than the significant other wishes.

Good news, Amazon Pime Day is coming. You have a little time to make up your mind, the announcement just came out but the big moment takes place over two days – June 21-22.

Amazon promises “will deliver Prime members over 2 million deals across every category, including fashion, home, beauty, electronics, and more, along with the best in entertainment benefits and never-before-seen exclusives across Prime Video, Amazon Music, Prime Gaming, and more. Prime Day kicks off on June 21 at midnight PDT (3 a.m. EDT) and runs through June 22 for Prime members in the U.S., the U.K., the United Arab Emirates, Turkey, Spain, Singapore, Saudi Arabia, Portugal, Netherlands, Mexico, Luxembourg, Japan, Italy, Germany, France, China, Brazil, Belgium, Austria, and Australia. Not a Prime member yet? Anyone can join Prime or start a 30-day free trial at amazon.com/primeday to participate in Prime Day.”

It’s a good thing you have a couple of weeks to browse because there’s a lot to look at and don’t forget to keep an eye out for current deals since some are already out there.

Attorney General for the District of Columbia, Karl A. Racine, filed an antitrust lawsuit against Amazon.com seeking to end its anticompetitive practices that have raised prices for consumers and stifled innovation and choice across the entire online retail market.

Amazon has used its dominant position in the online retail market to win at all costs. It maximizes profits at the expense of third-party sellers and consumers, while harming competition, stifling innovation, and illegally tilting the playing field in its favor,” said AG Racine. “We filed this antitrust lawsuit to put an end to Amazon’s illegal control of prices in the retail marketplace that expands options available to District residents and promotes competition, innovation, and choice.

CNBC reported that that Attorney General Racine is seeking to end Amazon’s illegal use of price agreements to avoid competition. The lawsuit also asks for damages and penalties to deter similar conduct. The lawsuit asks the court to stop what it calls Amazon’s ability to harm competition through a variety of remedies as needed, which could include structural relief, often referred to as a form of breakup.

According to CNBC, shares of Amazon barely moved on the announcement, down 1% as of Tuesday afternoon.

In my opinion, Attorney General Racine is doing the right thing by filing this kind of lawsuit against Amazon. Unfortunately, given how much money Amazon has, it seems likely that it has much more financial resources than an Attorney General’s office would have. I suspect that Amazon will win the case because it can spend more on attorneys and will not be harmed by dragging out the lawsuit for as long as possible.

Amazon announced that it is extending until further notice a moratorium it imposed last year on police use of its facial recognition software, Reuters reported. Amazon halted the practice for one year starting in June 2020, during the hight of protests across the United States against police brutality toward people of color.

Reuters was the first to report that Amazon’s extension underscores how facial recognition remains a sensitive issue for big companies. According to Reuters, Amazon said last year it hoped Congress would put in place rules to ensure ethical use of the technology. No such law has materialized.

The Electronic Frontier Foundation responded to this news in a tweet: “After a year of organizing by civil liberties and racial justice orgs, Amazon will indefinitely extend its moratorium on selling face recognition tech to police. The admission of those harms must be accompanied by ending Amazon’s Ring-police partnerships.”

The Guardian provided some details about the Ring-police partnerships:

Ring video doorbells, Amazon’s signature home security product, pose a serious threat to a free and democratic society. Not only is Ring’s surveillance network spreading rapidly, it is extending the reach of law enforcement into private property and expanding the surveillance of everyday life. What’s more, once Ring users agree to release video content to law enforcement, there is no way to revoke access and few limitations on how the content can used, stored, and with whom it can be shared.

According to The Guardian, since Amazon bought Ring in 2018, it has brokered more than 1,800 partnerships with local law enforcement agencies, who can request recorded video content from Ring users without a warrant.

It is good that Amazon is indefinitely continuing its moratorium on police use of its facial recognition software, but this should be considered a good start. Until and unless Amazon uncouples Ring video content from access by law enforcement agencies, innocent people can still be surveilled by local police. 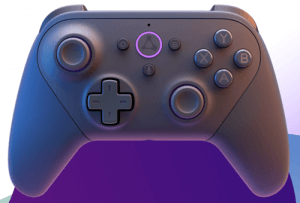