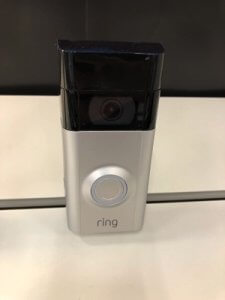 Amazon handed Ring video doorbell footage to police without owners’ permission at least 11 times so far this year – a figure that highlights the unfettered access the company is giving police to doorsteps across the country, Politico reported.

Here are some key findings:

…The findings highlight the close relationship between Ring and law enforcement, including the proliferation of policing agencies on the Ring platform. In response to Senator Markey’s June letter, Ring reported a more than five-fold increase in law enforcement partnerships on its platform since November 2019. Ring further revealed that Ring has provided law enforcement with user footage through a process that does not require the user’s consent – under a so-called “emergency circumstance exception” – 11 times so far this year…

Reported 2,161 law enforcement agencies on its Neighbors Public Safety Service (NPSS), a platform on which participating agencies can request footage from Ring users. This represents a more than five-fold increase in law enforcement partnerships with Ring since November 2019.

Disclosed it has provided videos to law enforcement in response to an emergency request, through a process that does not require the consent of the device owner, 11 times this year.

Stated that only police and fire departments are currently on NPSS, despite their commitment to actively recruit public health departments, animal services, and agencies that primarily address homelessness, drug addiction, and mental health onto Ring’s platform.

Failed to clarify the distance from which Ring products can capture audio recordings.

Refused to commit to make end-to-end encryption the default storage option for consumers.

A copy the full response from Ring can be found HERE for those who want to read it.

The Guardian reported that Ring has said before that it will not share customer information with police without consent, a warrant, or due to “an exigent or emergency” circumstance. The 11 videos shared this year fell under the emergency provision, Amazon’s letter said, the first time the company publicly shared such information. The letter, dated July 1, did not say which videos were shared with the police.

Personally, I think Ring cameras are invasive. I don’t understand why Ring feels the need to grab video and send it to the police. There must be changes made that prevent anyone – other than the owner of the camera – from seeing the videos their Ring recorded.