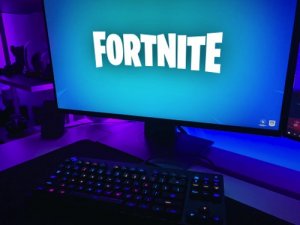 Catherine Gluckstein, Vice President and Head of Product, Xbox Cloud Gaming posted a blog titled: “Play Fortnite on iOS, iPadOs, Android Phones and Tablets, and Windows PC with Xbox Cloud Gaming for Free”. To me, this sounds like a great way to make Fortnite accessible to players who have disabilities by allowing them to play Fortnite on the platform of their choice.

“As part of our mission to bring the joy and community of gaming to players wherever they are and to make gaming more accessible to people around the world, I’m excited to announce that we’ve partnered with Epic Games to make Fortnite available on supported browser-enabled devices for free with Xbox Cloud Gaming (beta) in 26 countries”, Catherine Gluckstein wrote.

If you love Fortnite you only need two things to play in cloud-supported markets:

With no installation or memberships required, all you need to do is go to Xbox.com/play on your web browser and sign-in with your Microsoft Account to party-up with friends or earn your next Victory Royale in Fortnite. Players have the option of playing Fortnite with native touch controls or a supported controller, and it is easy to jump into Fortnite with Xbox Cloud Gaming.

CNET reported that Microsoft struck a deal with Epic Games to offer Epic’s hit title Fortnite for free through Xbox Cloud Gaming. The move will effectively let people play Fortnite in a way similar to how they stream videos from companies like Netflix, regardless of how beefy their gaming device is.

CNET posted a statement from Microsoft. “This is just the beginning for us — we’re going to learn, implement feedback, and in time look to bring even more free-to-play titles to players through the cloud”. According to CNET, Microsoft’s Xbox team said it believes streaming will be a key way for people to play but has also tempered expectations for how quickly it will catch on.

For me, there is a lot to like about Microsoft’s decisions. First, it offers accessibility in gaming, where people with disabilities can play Fortnite (and, eventually, other games) on the system of their choice. Some will prefer Windows PC, while others may feel more physically comfortable to play on a phone or tablet. And secondly, the free-to-play games make it much easier for people on a tight budget to play Fortnite with their friends.