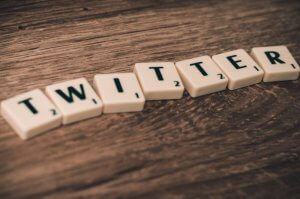 A judge dismissed a lawsuit by former President Donald Trump seeking to lift his ban from Twitter, CNBC reported. Twitter banned Trump on January 8, 2021, citing the risk of the incitement of further violence on the heels of the Capitol riot by a mob of supporters of the then-president two days earlier, CNBC reported.

Trump, the American Conservative Union, and five individuals had sued Twitter and its co-founder Jack Dorsey last year on behalf of themselves and a class of other Twitter users who had been booted from the app.

Judge Donato’s ruling comes nearly two weeks after Trump told CNBC he had no interest in returning to Twitter even if his ban were to be lifted by Elon Musk, the Tesla chief whose $44 billion offer to buy Twitter has been accepted by the company’s board.

CNBC also reported that before the ban, Trump was an avid Twitter user, tweeting an average of more than 30 posts per day toward the end of his presidency. At the time of the ban, Trump had nearly 90 million followers on Twitter. His suit alleged that Twitter violated the plaintiff’s First Amendment rights to free speech, arguing that the bans were due to pressure on the company by Democratic members of Congress.

The Verge reported that Judge James Donato wrote that “Plaintiffs are not starting from a position of strength” in the first paragraph of his analysis.

The Verge also reported that Judge Donato determined that Twitter was not operating as a state actor when it banned Trump – a claim Trump made by noting that some lawmakers had called on Twitter to remove him from the platform.

“Legislators are perfectly free to express opinions without being deemed the official voice of the State,” the ruling says, dismissing a “grab bag” of allegations quoting various Democratic elected officials calling for a ban. Even strident congressional commentary, it concludes, “fits within the normal boundaries of a congressional investigation, as opposed to threats of punitive state action.”

Trump and his fellow plaintiffs also had a Section 230 claim – which failed. Politico reported that Judge Donato’s 17-page decision also rejected arguments from Trump attorneys that a controversial 1996 law known as Section 230 of the Communications Decency Act led to the then-president’s de-platforming in January of last year.

Politico reported that the Section 230 law allows internet sites to police message boards and other user postings without incurring potential liability as a publisher of the content. According to Politico, Judge Denato wrote, “The government cannot plausibly be said to have compelled Twitter’s action through Section 230, which in any event imposed no affirmative obligations on Twitter to act in any particular way.”

Trump’s lawsuits against Facebook and YouTube remain pending. Perhaps the lawyers representing Trump and his fellow plaintiffs will have learned that the Section 230 claim is not going to be compelling to a judge. I’m wondering why the Twitter lawsuit even got this far, considering that Trump has stated that he doesn’t want to go back on Twitter.

Just to clarify, if the government throws you in jail for speech that it disagrees with – that’s a violation of your Freedom of Speech. If a social media site suspends you from the platform because you broke its rules regarding hate speech, inciting violence, etc. – that’s not a violation of your Freedom of Speech. Social Media websites are not part of any state of federal branch of government.