There has been an ongoing legal battle between Epic Games and Apple which started when Epic Games created a direct payment option in which Epic Games lowered the prices for consumers who used it. Apple responded by terminating the Epic Games account on the App Store.

Microsoft’s 10 principles are a clear signal to software developers that Microsoft is not going to make the kinds of decisions that Apple has been making. I think this is a good thing. However, as a Mac user, I have concerns that this will result in even fewer developers making their video games Mac-compatible.

ByteDance has selected Oracle as TikTok’s technology partner for its U.S. operations, The New York Times reported. This decision comes after President Trump issued an executive order that requires ByteDance to divest from its U.S. TikTok business withing 90 days (from the issuing of the order).

ByteDance let us know today they would not be selling TikTok’s US operations to Microsoft. We are confident our proposal would have been good for TikTok’s users, while protecting national security interests. To do this, we would have made significant changes to ensure the service met the highest standards for security, privacy, online safety, and combating disinformation, and we made these principles clear in our August statement. We look forward to seeing how the service evolves in these important areas.

Politico reported that the exact value or structure of the deal between Oracle and TikTok was not immediately clear. Will Oracle own part or all of TikTok’s assets? According to Politico, a source familiar with the matter described Oracle as a technology partner to TikTok and did not describe the transaction as a sale.

From this, it appears that ByteDance has potentially fulfilled at least part of President Trump’s executive order. ByteDance could be in the process of divesting from its US business with TikTok, and might able to do it before the deadline of September 20.

Another part of the executive order requires TikTok to destroy all data that was obtained from the application in the United States. If TikTok has not been outright sold to Oracle, I cannot help but wonder which company is going to be held responsible if that data is not destroyed. 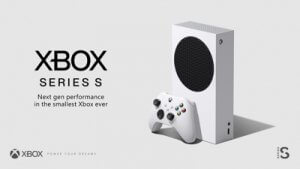 Microsoft has officially announced the Xbox Series S after someone leaked information about it, Engadget reported. The Xbox Series S will be priced at $299 (ERP) and will be released on November 10, 2020.

Xbox has also posted the “Xbox Series S – World Premier Reveal Trailer” on YouTube. The trailer is about a minute and a half long. It starts very artsy, with the Xbox S appearing to form itself before the viewer’s eyes. It also provides some details about the Xbox Series S.

I think Microsoft made a good decision to release this information shortly after it had been leaked. Doing so reduces the chance of people making assumptions about the veracity of the leaked information. It also gives consumers time to consider whether the Series S or Series X is the best choice for them.

The Department has completed its comprehensive re-evaluation of the JEDI Cloud proposals and determined that Microsoft’s proposal continues to represent the best value to the Government. The JEDI Cloud contract is a firm-fixed-price, indefinite-delivery/indefinite-quantity contract that will make a full range of cloud computing services available to the DoD. While contract performance will not begin immediately due to the Preliminary Injunction Order issued by the Court of Federal Claims on February 13, 2020, DoD is eager to begin delivering this capability to our men and women in uniform.

Amazon does not appear to have accepted that outcome. The company posted a response explaining why they will continue to protest what they have described as a “politically corrupted contract award”.

Personally, I doubt that Amazon’s decision to continue fighting against the Department of Defense’s choice to go with Microsoft is going to change anything. I find it incomprehensible that Amazon wants to sink more time and effort into something that is unlikely to go their way. But, this is the “hill they want to die on”, and Amazon clearly intends to keep pushing. 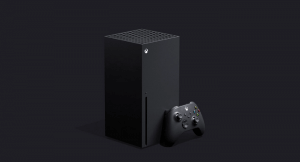 Microsoft announced that Xbox Series X will launch in November of this year. No specific date was given, but its more information than we had before. In December of 2019, all we knew was it would available “holiday 2020”. That’s the good news.

The bad news, for Halo fans, is that the release of Halo Infinite has been shifted to 2021. Studio Head of Halo Infinite, Chris Lee, posted information on the Halo website.

The decision to shift our release is the result of multiple factors that have contributed to development challenges, including the ongoing COVID-related impacts affecting us all this year. I want to acknowledge the hard work from our team at 343 Industries, who have remained committed to making a great game and finding solutions to development challenges. However, it is not sustainable for the well-being of our team or the overall success of the game to ship it this holiday.

It is reasonable that those who were really looking forward to the release of Halo Infinite will be disappointed that it is being delayed. They might be able to find something fun to play while they wait. If nothing else, the delay gives them something to look forward to in a world where COVID-19 has made things very stressful.