Announced last week, the OnePlus Nord 2 x PAC-MAN has now gone on sale so we have some tasty pictures of the new phone in all its dot-powered glory, and there’s a few surprises too. OnePlus has gone to town on the cross-over.

The packaging has received the full PAC-MAN treatment with a custom box and inside, there’s the Nord 2 x PAC-MAN phone plus a case featuring the famous ghosts from the game: Blinky, Pinky, Inky and Clyde. The back of the phone has been given a light PAC-MAN design and I’m hoping that the back of the phone and the case itself all line up to give a special 3D effect. 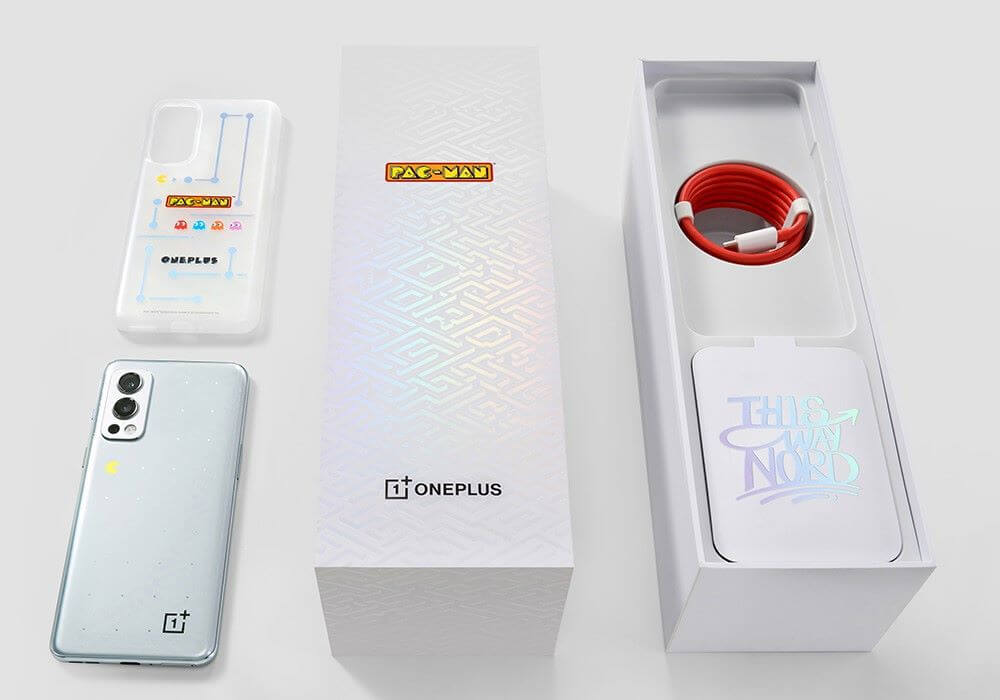 During the day, the Nord 2 x PAC-MAN has a subtle back with a few dots and a yellow muncher but at night the rear comes alive with a glow-in-the dark maze with nods to both PAC-MAN and other 80s video games. In a further mod, the alert slider of the phone is now the same dark blue colour as the ghosts when they try to run away from the PAC-MAN after he eats a power pellet. The slider is just about visible in the night shot on the right. 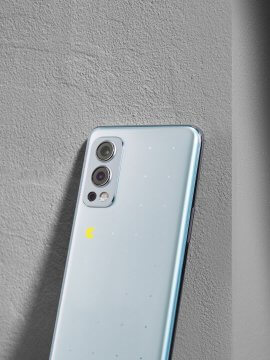 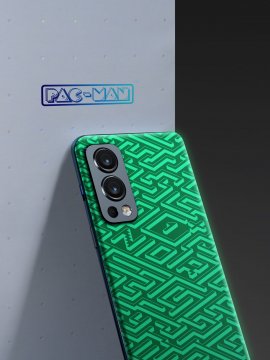 And if ordering direct from OnePlus, there’s a further PAC-MAN bonus – a construction brick-based phone holder that mimics Penrose stairs as seen in designs by Escher. Build it yourself, hold it just right and you’ll have a never-ending staircase complete with ghosts and PAC-MAN. Hours of fun by itself. 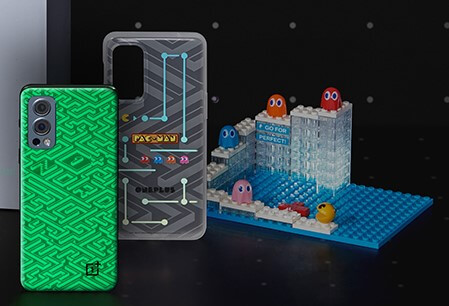 In addition to the exterior changes, OxygenOS (that’s OnePlus’ version of Android) has been given a retro makeover. Icons have pixelated for an 80s vibe, wallpapers show off the PAC-MAN game, the camera app has a custom filter and there are a series of challenges to unlock a selection of new content, from wallpapers to ringtones and photo stickers.

And of course, PAC-MAN 256 comes pre-installed for instant gaming action. What did you expect?

Yes, it’s £30 more expensive than the standard Nord 2 for the same hardware, but it’s so much cooler.