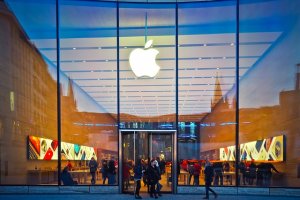 Apple plans to start gradually reopening at least some of its retail stores in the United States starting next week, 9To5Mac reported. This will be exciting news for those who can’t wait go into an Apple Store to replace the Apple products they are currently using with newer versions.

According to 9to5Mac, Apple confirmed the store reopenings in a statement, part of which says:

We’re excited to begin reopening stores in the US next week, starting with some stores in Idaho, South Carolina, Alabama, and Alaska. Our team is constantly monitoring local health data and government guidance, and as soon as we can safely open our stores, we will.

We’ve missed our customers and look forward to offering our support. With many working and learning from home, our primary focus will be providing service and support at the Genius Bar. We’ll open initially with additional safety procedures including temperature checks, social distancing, and face coverings to ensure customers and employees continue to stay healthy. Our new social distance protocol allows for a limited number of visitors in the store at one time so there may be a delay for walk-in customers. We recommend, where possible, customers buy online for contactless delivery or in-store pick up…

CNBC reported that the reopening of Apple Stores is a sign that operations for the company are slowly getting back to normal during what Apple CEO Tim Cook called the “most challenging global environment” the company has ever experienced. CNBC also reported that Apple has only six stores in the states it mentioned in the statement, and that Apple did not confirm that all of those stores will be opening next week.

Personally, I think Apple is making a smart choice by gradually opening US Apple Stores, instead of opening them all at once. It gives the company a chance to see if customers are willing and able to comply with social distancing protocols, temperature checks, and the requirement to wear a face mask before going into an Apple Store. My best guess is if people can do those simple things, then Apple may consider opening more stores.

If it turns out that too many customers refuse to comply, it will be fairly easy for Apple to close down the few stores that were reopened. How soon the Apple Store near you will open up depends largely upon the behaviors of those who visit the first ones that Apple reopens.