From the level of press coverage, it’s very easy to think that the only smartphones on the market have huge screens and price tags to match. If it’s not an iPhone 6 Plus or Nexus 6, it’s not worth talking about. Contrary to the column inches, there’s a wide selection of phones that have smaller screens for less cash which still offer a great deal. Which brings us to the Huawei Ascend Y550 4G Android smartphone. Let’s take a look. 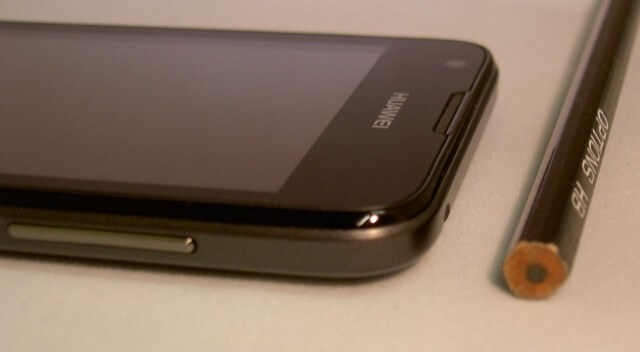 The Huawei Ascend Y550 doesn’t stray too far from the “black slab” formula: 4.5″ screen on the front, camera in the top centre on the back with flash to one side, headphone jack on the top, micro USB on the bottom, volume and power buttons on the right. It’s not super-slim phone but at 9.5 mm and a little over 150g, it’s in the right spot. The Y550 feels comfortable in the hand, though the graphite-coloured back is fairly smooth and I think a case would be recommended to avoid the phone slipping to disastrous end. 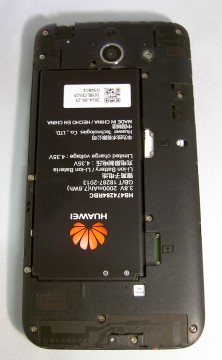 Specwise, it’s a 4.5″ IPS screen with 480 x 854 pixel resolution driven by a Qualcomm MSM8916 Quad-Core 1.2 GHz processor and supported by 1 GB RAM but only 4 GB of storage, of which less than 2 GB is available to the user. Getting the back off the phone is easy as there’s a notch in the back cover to use with your fingernail. Inside, there’s the battery, micro SIM and micro SD slots, which can be used to upgrade the storage. Physically, the screen seems to be polycarbonate; there’s no Gorilla Glass here but that’s not surprising at this price point.

There’s the usual accoutrement of radios – wifi 11gbn, Bluetooth 4, GPS and of course, this is a 4G phone. Overall, the phone is 133 mm x 68 mm x 9.5 mm. The battery is 2000 mAh, which keeps the phone going for at least a day on normal use, but firing up Ingress will hit the battery just as on any other phone. The main camera is 5MP autofocus and will record 720p video. The front facing camera is 2MP with a fixed focus. I was pleasantly surprised with the photos from the main camera – colour reproduction was good even in overcast conditions. 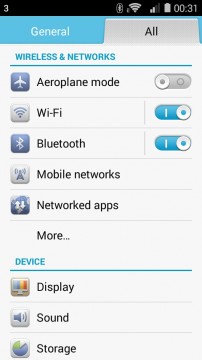 Unsurprisingly it’s Android 4.4.4 (KitKat) under the hood but Huawei have added their own Emotion UI on top, which goes in entirely the opposite direction to Google’s Material Design. Instead of flat blocks of colour, Emotion uses shading and three dimension effects and frankly, doesn’t look too bad at all. The other big difference is that there’s no difference between the Desktop and Drawer screens, with all the apps accessible from the Desktop. Widgets and regularly used apps can be added to the screens as well so it’s a bit different from what many people might be used to. 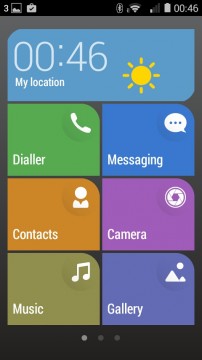 If this is too complicated, Simple Home is a tab-style combined dialer and app launcher that I assume is aimed at older people with a maximum of 8 apps or contacts per screen in grid layout. Dare I say it, but the layout is reminiscent of Microsoft’s Modern UI with slightly rounded edges.

Huawei have added their Emotion UI to most of the built-in apps and there are a few extra value-adding apps provided to including Cast, which lets you share your phone screen with friends and Remote Camera, which turns the phone into a webcam that can be accesses across the ‘net. Notifications have been improved too in keeping with the Emotion look and feel. 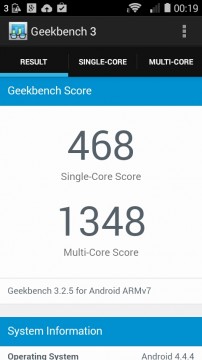 Checking the performance, Geekbench 3 scored the Y550 at 468 on on the single core and 1348 on the multicore. Interesting, the two year old Nexus 4 scores similarly at 473 / 1477 and I’d say that’s a fair reflection of the Y550 in use. Apps were responsive and there was no lag.

The lack of RAM does occasionally reveal itself and the most obvious instance of this was when an app launched the camera app to take a picture with the expectation of switching back to the original app. On some occasions, I’d find that the original app would have closed while taking the photo and would have to restart. It’s no big deal. 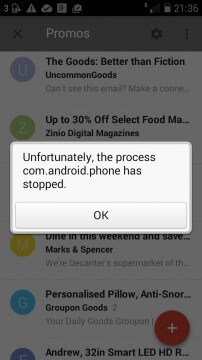 The other problem that I had which was a bit more disconcerting was the that the phone module would sometimes crash. It never happened while I was on a call but it would take about half a minute for the phone module to reset and services to resume. Huawei need to get this fixed – this particular handset may be an early review model so take that into consideration. I’ll update the review as I hear more.

Overall the Huawei Ascend Y550 is representative of a £100 off-contract phone and it’s good to see 4G reaching this price point. The Y550 does feel more expensive in the hand but is let down by the small amount of storage RAM; 8 GB would seem more appropriate as this would give the user around 6 GB  to use. The Emotion UI is both a pro and a con, although the Simple Home is handy for less experienced users. If you are in the market for a phone at this level, put it on your list.

The Ascend Y550 is available for retailers for around £100 SIM-free or on contract from Carphone Warehouse at £10 per month.

Thanks to Huawei for the loan of the Ascend Y550.