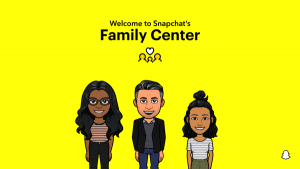 Snapchat introduced a new feature called Family Center. It allows parents of teenagers to have some insight about who their teens have connected with on Snapchat.

At Snap, we believe that our products should reflect real-time human behaviors, and how people act and relate to each other in their everyday lives. We’ve made it a point to build things differently from the beginning, with a focus on helping Snapchatters communicate with their close friends in an environment that prioritizes their safety, privacy, and well being…

…Creating a safe and positive experience for snap chatters is critical to this mission. While we want our platform to be safe for all members of our community, we have extra protections in place for teenagers.

For example, on Snapchat:

To build on this, Snapchat has introduced a new in-app tool called Family Center, which will help parents get more insight into who their teens are friends with on Snapchat, and who they have been communicating with, without revealing any of the substance of those conversations.

On Family Center, parents can also easily and confidentially report any accounts that may be concerning directly to Snapchat’s Trust and Safety teams, which work around the clock to help keep Snapchatters safe. Snapchat is also equipping parents and teens with new resources to help them have constructive and open conversations about online safety.

This fall, Snapchat will add additional features to Family Center, including new content controls for parents and the ability for teens to notify their parents when they report an account or a piece of content to Snapchat. Snapchat’s goal is to help empower parents and teens in a way that still protects the teenager’s autonomy and privacy.

According to The New York Times, teenagers on Snapchat have to be mutual friends to message each other on the app, and their profile and friend lists are private. The app requires users to be older than 13, and teenagers cannot change their birth year in the app until they are 18.

Right now, the parental controls are available in the United States, Britain, Canada, Australia and New Zealand. Other countries will be added in the fall.

To me, this seems like a step in the right direction. It gives teenagers some protections from adults who are strangers that seek out teens. It also gives teens just enough autonomy. Parents can see who their teen followed, but cannot read the conversation between their teen and the teen’s friends.