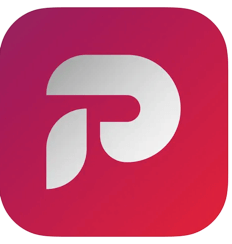 On Friday, Parler announced that it was entering the internet infrastructure industry in order to provide new “uncancelable” cloud services for online business, The Verge reported.

According to The Verge, in a Friday press release, Parler announced it was restructuring; the new venture, called Parliament Technologies, will provide new internet infrastructure services for businesses it says are at risk of being forced off the internet. With $16 million in new Series B funding, the company purchased Dynascale, a California-based cloud services company that touts more than $30 million in annual revenue and 50,000 square feet of data space.

To me, the word “uncancelable” is one that is typically used by people who tend to put a lot of hashtags in their Twitter bio that signify that they are fans of the former President Donald Trump. Once in a while, a famous (or formerly famous) celebrity complains about being “canceled”. As such, it appears that Dynascale and Parliament Technologies are aiming to attract that specific group of people.

The Verge also reported that Parler had more than 4 million people signed up for the app during the 2022 presidential election, but the company struggled to maintain those numbers. Sensor Tower app data shows that the app had fewer than 7,000 downloads last month.

TechCrunch reported that Parler topped App Store charts in early January 2021 after Twitter and Facebook banned President Trump for inciting violence at the U.S. Capitol. But that success was short lived – Apple and Google removed the app from their respective software stores after drawing a line between Parler and the January 6 violence. Amazon also pulled its web hosting, a trifecta of consequences that clearly made an impact on the company, even after it returned to tech giants’ good graces.

According to TechCrunch, Apple reinstated Parler in April 2021 after the app promised to moderate additional content on iOS, bringing it into compliance with the company’s standards. Google only allowed the app back into the Play Store earlier this month, indicating that Parler adjusted the Android app to meet the company’s requirements for “robust” moderation.

Gizmodo reported that Parler also announced that it received $16 million in Series B funding, and has accrued $56 million in funds to date. Which is what enabled Parler to purchase Dynascale, and its 50,000 square feet of server space.

Gizmodo also pointed out that other far-right, often hate and conspiracy-filled websites tend to get booted from mainstream hosting, only to reemerge elsewhere. According to Gizmodo, Kiwi Farms, an offshoot of 4chan and hate speech hotbed, was pushed from a series of web hosts to its new home with VanwaTech. The neo-Nazi site, Daily Stormer, was kicked off of GoDaddy and Google after the Charlottesville white supremacist rally in 2017. And conspiracy theorist Alex Jones had his content banned from multiple large platforms.

All of this points to the obvious conclusion that nothing is truly “uncancelable”. Parliament Technologies obtained a lot of money to buy Dynascale. Perhaps the social media site thinks it is protected because it bought its own internet infrastructure service. That could, potentially, keep the site online. But, it won’t matter if Parler is unable to attract a large enough amount of users to compete with the other alternatives to Twitter. It could still crash and burn.