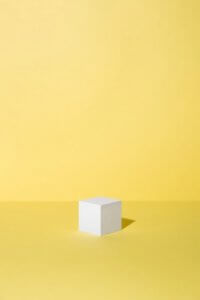 Both Facebook and Twitter were blocked by Russia on Friday, amid President Vladimir Putin’s ongoing military invasion of Ukraine, BuzzFeed News reported.

According to BuzzFeed News, Roskomnadzor, Russia’s communications regulator, posted a statement on Friday, explaining the decision was made to “block access to the Facebook network” after at least 26 cases of “discrimination against Russian media and information resources” since October of 2020. More specifically, the agency highlighted Facebook’s recent restriction of Kremlin-tied media sources RT and Sputnik across the EU.

Reuters reported that Meta Platforms (parent company of Facebook) would restrict access to Russian state media outlets RT and Sputnik on its platforms across the European Union. According to Reuters, the company received requests from a number of governments and the EU to take steps in relation to Russian state-controlled media on its platforms.

Interfax, (Interfax Information Services Group) reported that Roskomnadzor blocked Twitter in Russian territory. According to Interfax, Twitter is restricted across Russia based on the Prosecutor General’s Office demand dated February 24.

NetBlocks a global monitor working at the section of digital rights, cybersecurity and internet governance, confirmed the restriction of Twitter in Russia from the morning of February 26, 2022. It also reported that Facebook servers had been subsequently restricted on Sunday.

It seems to me that people who have friends and relatives in Russia are unlikely to see them post anything on Facebook or Twitter for a while. This news also makes it very clear how important social media is for various governments. It appears that Russia’s decision to block Facebook and Twitter could be an effort to prevent its people from learning about what is happening in Ukraine.