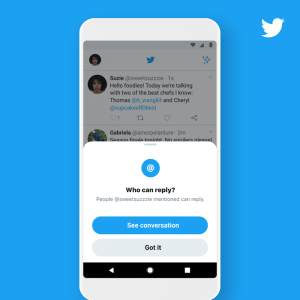 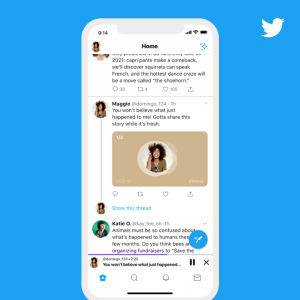 Twitter disclosed 32,242 accounts to their archives of state-linked information operations. The account sets recently published to the archives include three distinct operations that Twitter has attributed to the People’s Republic of China (PRC), Russia, and Turkey.

According to Twitter, the PRC disclosure relates to two interconnected sets of accounts. One set has 23,750 accounts that comprise the core of the network. They had low follower accounts and low engagement.

The other set had approximately 150,000 amplifier accounts, designed to boost the things the first group posted. The core group of accounts were caught early and failed to receive consider traction on Twitter. The majority of the 150,000 amplifier accounts had little to no follower counts and were strategically designed to artificially inflate impression metrics and engage with the core accounts.

These groups predominantly tweeted in Chinese languages and spread geopolitical narratives favorable to the Communist Party of China (CCP). They also posted deceptive narratives about the political dynamics of Hong Kong.

The Russia network of 1,152 accounts were suspended for violations of Twitter’s platform manipulation policy, specifically for cross-posting and amplifying content in an inauthentic, coordinated manner for political ends. These accounts promoted the United Russia Party and attacked political dissidents.

The Turkey network of 7,340 accounts were suspended for inauthentic activity, primarily targeted at domestic accounts in Turkey. It was a collection of fake and compromised accounts that were used to amplify political narratives favorable to the AK Parti, and demonstrated support for President Erdogan.

Facebook and Twitter are very different social media platforms. Recently, the differences have become vividly clear, as we see how each platform chooses how they will respond to controversial content posted by President Trump.

The Verge obtained a recording of an extended conference with employees in which Mark Zuckerberg addressed accusations that Facebook allowed election misinformation and veiled promotions of violence from President Trump. According to The Verge, Mark Zuckerberg stood by what he described as a “pretty thorough” evaluation of Trump’s posts. Zuckerberg reportedly said that the choice to avoid labeling them or removing them was difficult but correct.

As you may have heard, Twitter added a fact-check to two of President Trump’s tweets about mail-in ballots. Twitter also flagged another tweet made by President Trump because it violated Twitter’s rules about glorifying violence. It should be noted that all three of those tweets are still on Twitter. Those who want to read them can simply click a link to view them.

The Guardian reported that Facebook staff held a virtual walkout to show their disagreement with Mark Zuckerberg’s decision regarding posts by President Trump. Some took to Twitter to express their displeasure. Facebook Software Engineer Timothy J. Aveni, resigned in response to Mark Zuckerberg’s decision to leave up Trump’s post that called for violence. The Hill reported that Owen Anderson, another Facebook employee, announced his departure from the company on Twitter.

Overall, I think that people who are fans of President Trump are going to take his side of the situation no matter what. Those who dislike Facebook and/or Mark Zuckerberg’s decision making process, might choose to leave that platform. Those angry with Twitter may quit that platform. None of this is going to lead to healthier versions of either Facebook or Twitter, and I miss the days before the politicians invaded social media.