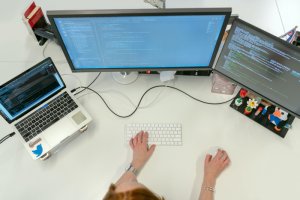 GitHub is working on replacing the term “master” on its service with a neutral term like “main”. The reason for this change is to avoid any unnecessary references to slavery, says GitHub CEO Nat Friedman, ZDNet reported.

For those who are new to this terminology, PC Mag has an easy to understand explanation of what master/slave means. “An electronic interaction in which one device acts as the controller (the master) and initiates the commands, and the other devices (the slaves) respond accordingly.”

Right now, there are many Black Lives Matter protests happening. You’ve probably seen photos and videos from the protests on social media.

Black Lives Matter Foundation was founded in 2013 in response to the acquittal of Trayvon Martin’s murderer. It is a global organization in the US, UK, and Canada whose mission it is to eradicate white supremacy and build local power to intervene in violence inflicted on Black communities by the state and vigilantes. Those who support this movement are working for a world where Black lives are no longer systematically targeted for demise.

With that in mind, it is obvious why continuing to use the “master/slave” terminology is hurtful. There are other options for “master” including: primary, conductor, coordinator, and main. The term “slave” could be replaced by secondary, drone, worker, doer, or minion. GitHub is moving in the right direction by replacing “master” with “main’.