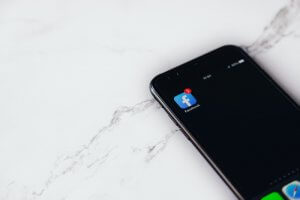 The Joe Biden campaign posted an open letter to Facebook calling on Facebook to strengthen its rules on misinformation. As you may have guessed, Facebook has absolutely no interest in doing anything that would stem the tide of misinformation on its platform.

Joe Biden is the presumptive presidential nominee of the Democratic Party. The open letter was addressed to Mark Zuckerberg. Part of the letter says:

…We call for Facebook to proactively stem the tide of false information by no longer amplifying untrustworthy content and promptly fact-checking election-related material that goes viral.

We call for Facebook to stop allowing politicians to hide behind paid misinformation in the hope that the truth will catch up only after Election Day. There should be a two-week pre-election period during which all political advertisements must be fact-checked before they are permitted to run on Facebook.

And we call for clear rules – applied to everyone, including Donald Trump – that prohibit threatening behavior and lies about how to participate in the election…

“We live in a democracy, where the elected officials decide the rules around campaigns. Two weeks ago the President of the United States issued an executive order directing Federal agencies to prevent social media sites from engaging in activities like fact-checking political statements. This week, the Democratic candidate for President started a petition calling on us to do the exact opposite. Just as they have done with broadcast networks – where the US government prohibits rejecting politicians’ campaign ads – the people’s elected representatives should set the rules, and we will follow them. There is an election coming in November and we will protect political speech, even when we strongly disagree with it.”

The executive order Facebook referred to came after Twitter added a fact-check to two of President Trump’s tweets. Since then, Twitter marked one of Trump’s tweets as breaking Twitter’s rules about glorifying violence.

In short, we have two rich, white, men, both in their 70s, and both the presumptive presidential nominee for their party, arguing with social media giants.