The new Apple iPhones announced last week have been analysed to the nth degree. They’re all very understandable and credible additions to the evolutionary tree of species iPhone. However what I can’t understand is how anyone thought that the new names were worthy of these otherwise excellent devices.

Much as Apple would like everyone to pronounce the Roman numeral X as a number, iPhone 10, plenty of people call their own phone the iPhone Ex. No doubt the Applerati will condescendingly sneer at this social faux pas, but that’s the reality. You’d think that Apple would have known from OS X but apparently not. 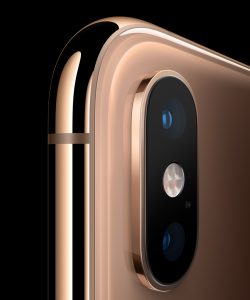 To be fair, it is very hard to come up with product branding that combines track record with improvement and excitement: you only have to look at Windows 3, NT, 98, ME, XP, 95, 7, 8, 10 to see how difficult it is. But this is Apple. They embody excellence and we all expect better.

The automotive industry has been at this a long time and they’ve learnt a thing or two. Mostly they stick with the brand, product and model, and then simply iterate the year. Ford Mustang GT 2018.

Apple iPhone Plus 2018. That’s what I expect – taste, style and refinement.

With apologies to William Shakespeare.