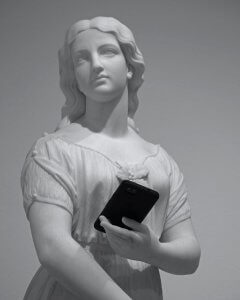 President Biden signed an executive order titled: “Executive Order on Promoting Competition in the American Economy” today. In short, it calls for a whole-of-government effort to use the antitrust laws, including the Sherman Act, the Clayton Act, and the Federal Trade Commission Act. He called these “a first line of defense against the monopolization of the American economy”.

The FCC will limit excessive early termination fees imposed by ISPs. In short, this means if you found a better internet service deal your current ISP won’t be allowed to force you to pay an excessively high fee before it sets you free.

The FCC is also called upon to restore the Net Neutrality rules that were undone by the Trump administration. Personally, I think this is a big deal, and one that will benefit everyone.

In the executive order, President Biden announced an Administration policy of greater scrutiny of mergers, especially by dominant internet platforms, with particular attention to the acquisition of nascent competitors, serial mergers, the accumulation of data, competition by “free” products, and the effect on user privacy.

Also in the executive order, President Biden encouraged the FTC to establish rules on surveillance and the accumulation of data. The Fact Sheet describes the reason behind this decision this way: “Many of the large platforms’ business models have depended on the accumulation of extraordinarily amounts of sensitive personal information and related data”.

Personally, I think this is an excellent idea. I’m tired of going to websites that demand my data (and that ignore the California Online Privacy Protection Act). If I have to give you more of my data to get you to stop selling my data… you’re doing it wrong!

The executive order also cracks down on cell phone manufacturers and other tech companies blocking out independent repair shops. To me, this sounds like the Biden Administration wants to give “the right to repair” to everyone. The FTC is encouraged to issue rules against anticompetitive restrictions on using independent repair shops or doing DIY repairs of your own devices and equipment.