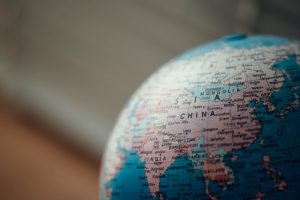 Are Google’s American Values in Question? Likely most will never care. I do and so do a growing number of employees at Google. Call me old-fashioned I bleed Red, White & Blue and I get very irritated anytime I hear that companies that want or do business in Communist China are willing to let China walk over them when it comes to human rights.

Americans already put up with a great deal of privacy invasion but in China people live in fear of the government. Yet the US Government does not have open license to just spy on American citizens unless they are under investigation and a court has allowed specific surveillance. Granted in recent years the government has more power than they used to.

But in China, the government thrives on spying on their people. So now Google is now under greater criticism over the search engine they are building. The intercept is reporting that a Google engineer has disclosed that search engine being built codenamed Dragonfly, would require users to log in to perform searches, track their location — and share the resulting history with a Chinese partner who would have “unilateral access” to the data.

Well, that partner is obviously the government. The disclosure by the engineer in the form of a memo has leaked all over the place and Google is pissed. They are sending C&D emails with tracking codes to their own employees demanding that the delete the memo. But here we now have Google spying on their own people through tracking pixels.

Google got caught red-handed doing something here that brings Google’s American values in question. They have egg on their face and it’s a PR hot potato considering the current political environment. Google needs to understand here that they are on notice that most of the world does not condone actions that will result in Chinese citizens being arrested, locked up and sent off for re-education at some labor camp.

Google should come clean and say exactly what they are doing, how Chinese citizens will be spied upon, and provide full disclosure so that those that will be affected the most will decide on their own if they will use it. But my guess based on their reaction that it will be a cold day before they do that.

Photo by chuttersnap on Unsplash

One thought on “Are Google’s American Values In Question?”