Last year I reviewed the Sengled Pulse, a pair of Bluetooth-controlled LED lights with built-in speakers. The Pulse pair sounded surprisingly good but were somewhat indiscreet, being big and bright red. For those wanting something a bit more subtle, Sengled have developed the Pulse Solo, a smaller single LED bulb in white and silver that still provides stereo sound. Let’s take a look and see if the new Solo still delivers big impact from a small space.

I was recently on holiday in Mallorca and used the trip to test out the Solo. Never one to pass up a few gratuitous body shots, here’s the Solo soaking up the sun by the pool. 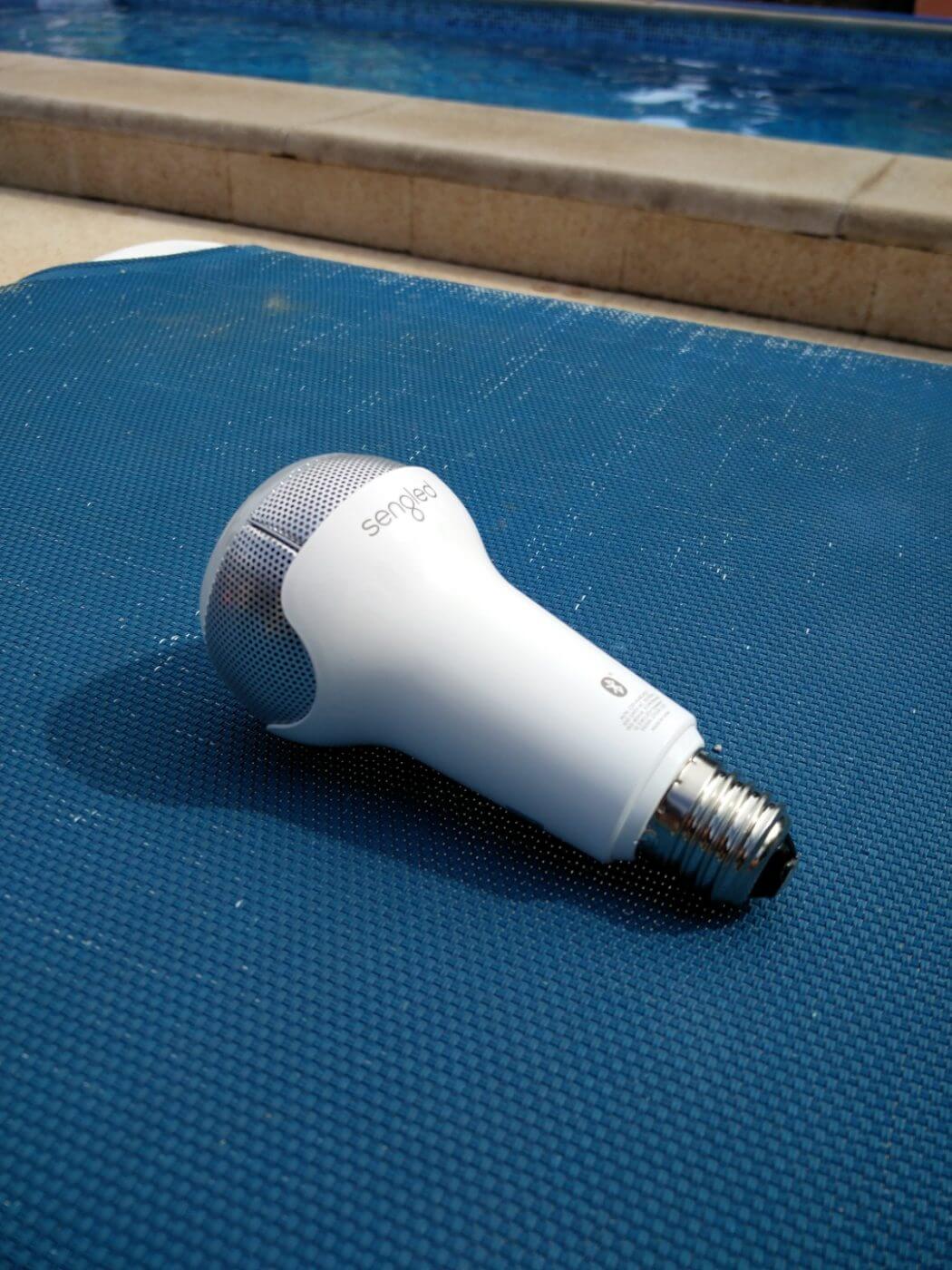 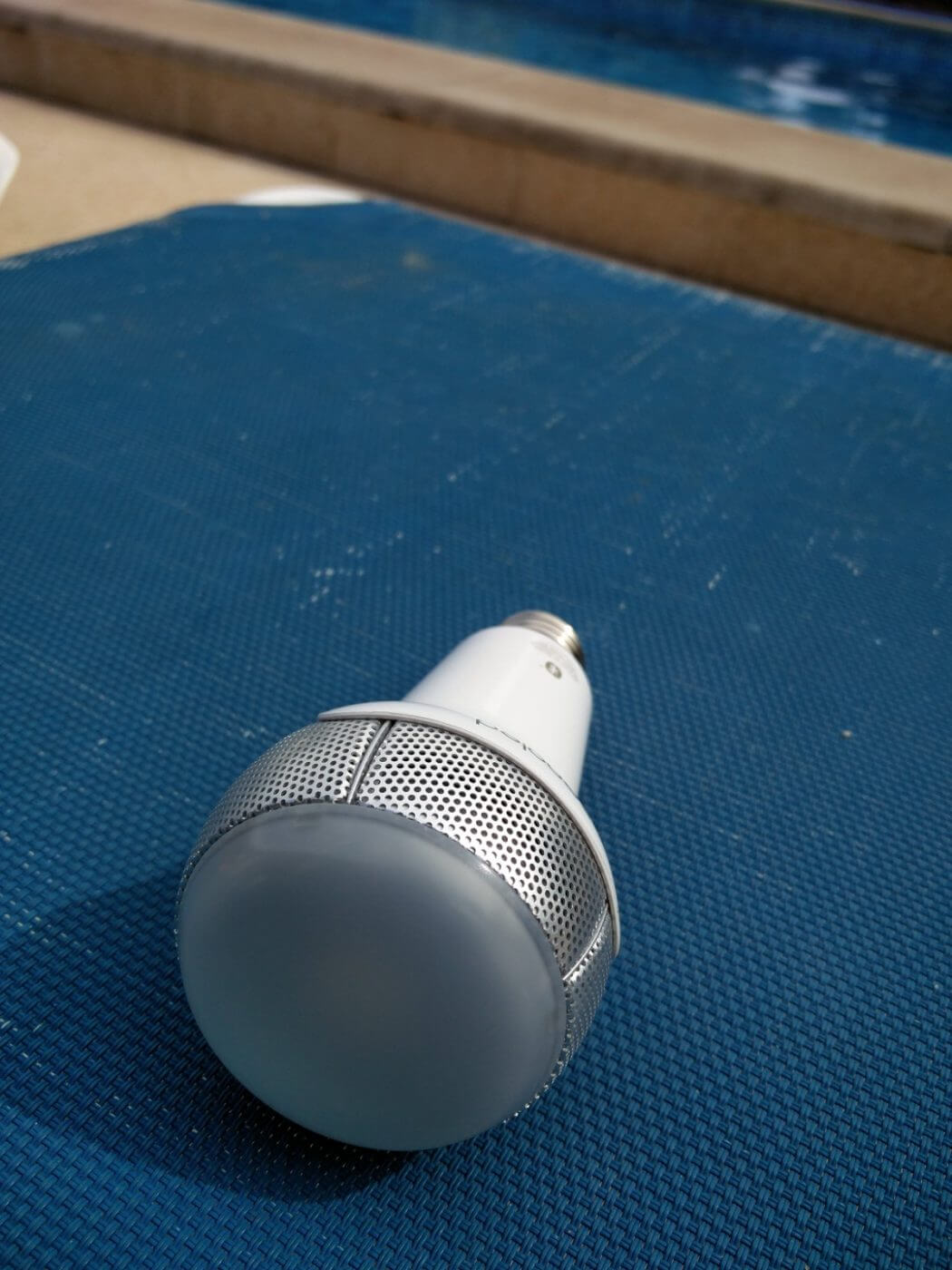 With a standard E27 screw fitting (B22 bayonet available too), installation is simple and the smaller bulb size makes it much easier to find suitable lamps. The dimensions are 72 mm x 142 mm, weighing in at 340 g, which is hefty enough for a light bulb. In terms of lighting, the bulb is more of a spotlight than anything else, though it’s not tightly focussed. As a result the Solo casts good light if the lamp is high up or intended to be directional, but I wouldn’t use the Solo in a side or table lamp. The brightness is rated at a maximum of 550 lumens which is slightly less than the 600 of the original Pulse lamps but is comparable with other LED smart bulbs, such as Philips Hue.

The LED light is on the warm side of white at 2700K – that’s extra warm white according to some commentators. Here’s the Solo powered up in one of Ikea’s finest illustrating the light colour and distribution. 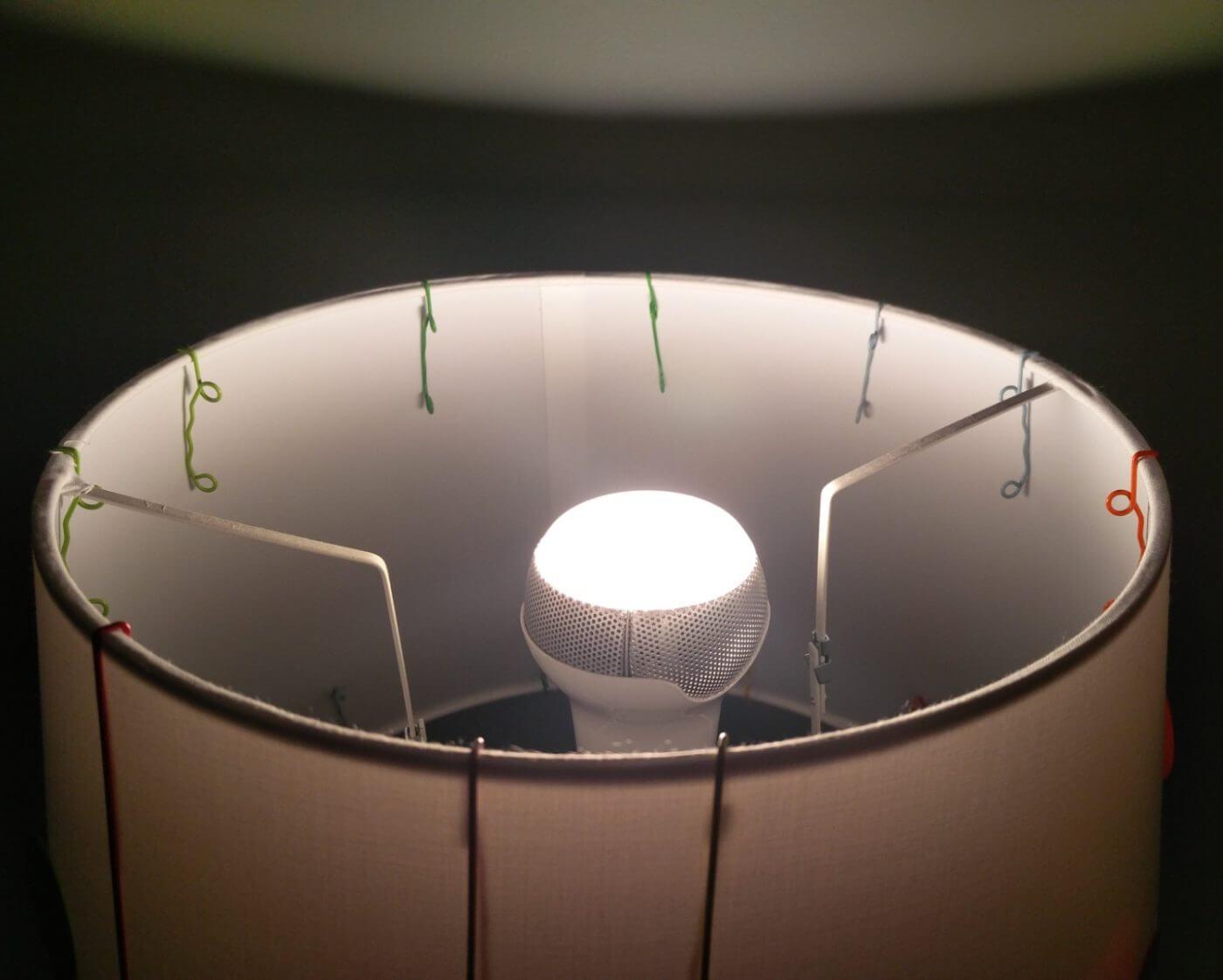 Once screwed in and powered up, the Solo is available for Bluetooth pairing in the normal way. I paired successful with a couple of devices, including a OnePlus 2 smartphone and Nexus 9. Once paired, the Pulse Solo works as a Bluetooth speaker without any further intervention. For greater control of the volume and brightness, there’s the Sengled Pulse app available for both Apple and Android devices. The app appears to connect to the Solo via a second Bluetooth device but the app handles that pairing by itself. 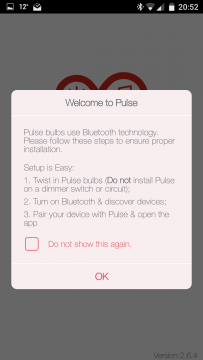 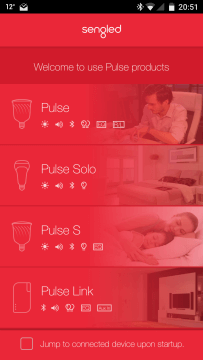 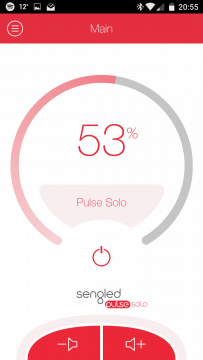 The app’s changed a little since the last time and it’s now possible to control both the brightness of the lamp and the volume of the speaker from the same screen. Overall, this is an improvement but there’s no visual feedback on the volume level. You do end up with two volume controls, though, one for the Solo through the app and one for the mobile device itself.

As with the bigger Pulse, the Solo’s speakers are “JBL by Harman” and Sengled have managed to squeeze a pair of 1″ 3W speakers into the Solo. Obviously these aren’t going to be hifi quality as the stereo separation is neglible, bass is limited and they struggle with the treble (“esses” suffer) at maximum volume. However, it’s easy to focus on the negatives when the Solo is actually very listenable and fills a small room at full blast. It’s also quite fun when people can’t work out where the music is coming from.

To summarise, the Sengled Pulse Solo is a smaller less obtrusive solution than the larger red Pulse, but the reduction in size is at the expense of audio quality. Aside from my foreign travels, I found the Solo was a tidy solution to desk clutter too, as I could put the Solo into my work lamp, providing both warm light and musical entertainment without cables everywhere

In the end, I think that people who like high quality sound for listening will find the Solo wanting and should perhaps considered the larger Pulse, but for many people who want a little casual backgound music, the Solo will work out fine. The Pulse Solo can be bought direct from Sengled for €59.90 though the bayonet version (B22) is available for only GB£27.93 on Amazon.co.uk.

Thanks to Sengled for the review Pulse Solo.