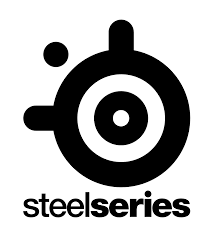 The 4th-generation Apple TV won’t blow anyones mind as a gaming machine. But game developers have taken advantage of the device’s ability to run third-party apps, and a decent number of games have been produced for Apple’s home-media box. I received a new Apple TV as a Christmas gift last year. The stock Siri Remote that comes with the new Apple TV can be used for game play. But I found the gaming experience with the Siri Remote to be lacking. That’s why I decided to pick up a SteelSeries Nimbus wireless game controller.

The Nimbus is powered by a rechargeable lithium-ion battery. The controller uses a Lightning port for charging. There’s a series of four LEDs at the top of the controller that indicate how well the battery is charged. I was pleased to discover that my new Nimbus was fully charged.

The Nimbus is a Bluetooth controller. Pairing it with the Apple TV was pretty simple. Turn both devices on. Open the Apple TV’s Settings app, navigate to Remotes and Devices, select Bluetooth, and the Nimbus should appear under Other Devices. From there, you can select the Nimbus for wireless pairing to the Apple TV.

Once the Nimbus was paired to the Apple TV, it was smooth sailing. I found that the game controller replicated most of the functions of the Siri Remote and that I could use it to navigate around the main Apple TV screen just like the remote. I selected the game Dragon Mania Legends. As the game loaded, a screen came up that I hadn’t seen before with instructions on how to use a game controller with the game.

(Curiously, the game controller depicted in the instructional graphic looks similar to a Playstation Vita. Not sure what’s going on there.) I’ve found that most games will provide a screen like this. For the ones that don’t, working out the controls is usually not a problem.

The Nimbus is a comfortable and familiar controller that resembles an Xbox controller in design. The buttons, D-Pad, and joysticks work well, and the Nimbus really does make for a much more enjoyable experience when it comes to Apple TV gaming.

Here’s to hoping that some clever game designers will now make some really good games for the Apple TV. It seems much more likely with controller options like the SteelSeries Nimbus.