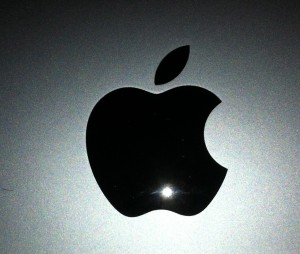 The iPad Pro is officially here, having landed in Apple Stores last week. I’ve tried out the new large-screen iPad and I’m definitely impressed with it. It’s at the top of my Christmas wish list, for sure. And while there are many reasons to like the iPad Pro when looking at the device from the outside, there’s apparently even more going on inside than has been previously disclosed.

The iPad Pro ships with Apple’s now-ubiquitous Lightning port for connecting to external devices and power supplies. Lightning provides for a very fast connection, capable of moving both power and data at noteworthy speeds. So it may be no surprise that a recent teardown of the iPad Pro uncovered a curious finding. The external Lightning port actually leads to an internal USB 3.0 connection. Theoretically, this means the iPad Pro could support USB 3.0 peripherals.

But there’s a catch. Traditionally, the only way to connect USB devices to an iOS device is thru Apple’s USB Camera Connection Kit. At present, the Connection Kit only supports USB 2.0 speeds, and there’s no word from Apple as to whether or not the company is planning on updating the accessory.

It might seem odd for Apple to ship a product with what is essentially an “unlocked” feature. But this isn’t the first time the tech giant has done something like this. An early version of the iPod Touch shipped with an inactive Bluetooth chip that was later turned on thru a firmware upgrade. I wouldn’t be surprised if Apple starts quietly shipping an updated Camera Connection Kit early next year, with a note about its speed upgrade. But for now, they’re probably hoping an onslaught of new iOS users, bolstered by holiday sales, will help reduce the inventory of the current USB 2.0 Connection Kit, before the updated version is allowed to hit the market.