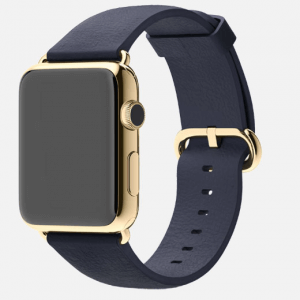 The Apple Watch Edition is a mistake. There, I’ve said it. Apple fans can leave vitriolic comments below without reading any further.

The Apple Watch Edition will sell plenty. Not record breaking numbers, but well enough. Apple fans….just a sec, hold on…how can it be a mistake, too expensive and still sell? It’s because the problem is not the Watch Edition itself but rather what it represents.

In many ways, Apple and the late Steve Jobs embody the American dream. Although there were setbacks along the way, persistence, hard work and great products from the iMac to the iPod and iPhone led to success, fame and wealth.

On the other hand, Apple was egalitarian. While their beautiful, well-designed products were aspirational, they were also affordable. Not impulse buy affordable but if you too worked hard, saved your pennies, you could afford the Apple product of your dreams. The relationship was reinforced with iPhones and iPads in the hands of celebrities and fashionistas; you could have the same phone as your favourite pop star or actor. In an era of mass-produced mediocrity, you could have something a little special.

And this is why the Watch Edition is a mistake. Apple now has a product which is unaffordable for the vast majority of its fans and owners. There’s now Apple haves and Apple have nots and never wills. What you have is no longer special. The equality of product between the rich and (relatively) poor, the famous and the unknown, has been lost.

That’s why I think the Apple Watch Edition is a mistake. It’s nothing to do with its looks, functionality or value but rather the change in perception of Apple by its supporters.

What do you think? Is the egalitarian nature of Apple’s product line important?

One thought on “Apple Watch Edition is a Mistake”