To celebrate DC’s collection of superheroes and villains, the British Royal Mail is bringing out a collection of 18 first-class special stamps. Based on two of DC’s iconic comic characters, the main set of 12 celebrates Batman – the superhero, his sidekicks, and the villains. The second set shows off Justice League, featuring Batman (again), Wonder Woman, and Superman among others.

The Batman set is in two halves, with the first part introducing the superhero himself along with his allies, Batwoman, Robin, Batgirl, Nightwing, and Alfred. The second half includes his foes, The Joker, Harley Quinn, The Penguin, Poison Ivy, Catwoman and The Riddler. All these characters will be familiar to fans of Bruce Wayne and Gotham City.

All 18 stamps have been specially commissioned for Royal Mail and illustrated by British comic book artist, Jim Cheung and colourist Laura Martin. “Generations have grown up, spellbound by the adventures and the personalities of these Super Heroes and Super-Villains. These illustrations detail each character with such vivid imagery that they look ready to leap out of the stamp!” said Matt Parkes, Director Stamps and Collectibles at Royal Mail.

The superhero stamps will be available on 17 September with pre-orders open now. The Royal Mail offers a wide range of collectibles based around the stamp sets, but personally, I think I’ll be picking up some Batman and allies sheets for general use. I’m Batman!

In sad news, Blade Runner production designer Lawrence Paull passed away on 10 November aged 81. Along with Syd Mead, David Snyder and Ridley Scott, he was instrumental in creating the dystopian vision of Los Angeles in November 2019. A prescient world of incessant rain, neon and murderous replicants, it’s one of my personal favourites.

Nominated for an Academy Award (Best Art Direction-Set Decoration) for Blade Runner, Paull won the BAFTA Award for Best Production Design for the film, which was based on the Philip K. Dick novel “Do Androids Dream of Electric Sheep?” In a statement, Scott said, “I was always struck by his staunch and faithful support of the strange plan for the unique world of ‘Blade Runner.‘”

Outside of Blade Runner, his portfolio included many successful films from the 1980s including the time-travelling Back to the Future starring Michael J Fox and jungle caper Romancing the Stone with Michael Douglas and Kathleen Turner. He also worked on on City Slickers, W.W. and the Dixie Dance Kings, Blue Collar, Escape from L.A., Harlem Nights and Naked Gun 33-1/3: The Final Insult.

To celebrate the latest instalment of the Harry Potter story, Fantastic Beasts: The Crimes of Grindelwald, the UK’s Royal Mail has announced a special set of Harry Potter stamps and other collectibles based on characters and items from the magical series. Harry, Hermione, Ron, Ginny and Neville feature on the stamps along with Hagrid, the Hogwarts’ Express and the Knight Bus from the films.

The stamps can be pre-ordered now, though I’m not sure about delivery outside of the UK. Prices are UK£6.70 for a standard sheet and £10.75 for a presentation pack.

Streaming services like Netflix, Amazon Prime Video and Sky’s Now TV might have overtaken DVRs, DVDs and Blu-ray but I’ve discovered that physical discs have one major advantage…..no-one can take away the film until you’re finished watching (excepting small children and drunken relatives).

Our family subscribes to a streaming service, and while I normally watch a film or episode in a single viewing, there are some that I don’t get through in one go, perhaps because friends call round unexpectedly (yes, I have friends). Recently I’ve twice had the experience of returning to a film only to find that it’s no longer in my queue. The first time I thought I was mistaken as I couldn’t find the film but the second time was no mistake. I was very annoyed.

Streaming services take on new content and drop old content regularly as they license films from studios and other copyright holders for set periods. I can understand this but what bothers me is that they don’t feel it’s necessary to either email or pop-up the deadline on-screen. I would have made a special effort to watch the ending if they’d dropped me an email to say, “Hey, I see you’re watching Spiderman. Just to let you know that film’s going away at the end of the month so you’ve three days to find out what happens.” How hard would that be?

Anyway, if someone could let me know if Spidey saves the world, I’d be grateful. 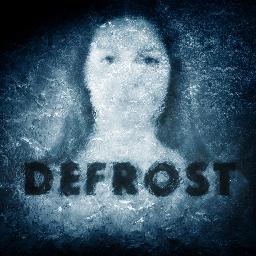 You might not know Randal Kleiser’s name, but you’ve almost certainly seen one of his films – he directed Grease with John Travolta and Olivia Newton-John. His new production is called Defrost and will be debuting at Sundance.

This is the most significant interview I’ve seen at CES in 2016. Up to this point, I’ve always considered VR to be ‘super 3D’, but when I listened to Randal Kleiser with the authority he brings as a screenwriter, director and producer, I realised that we were seeing the development of a new art form; part cinema, part theatre. Undoubtedly there are challenging  technical problems to be overcome, and a good story is still key, but this is a new way to immerse ourselves in the story like never before.

Watch the interview and let me know in the comments if you feel the same way.

Digital pictures and cameras on smartphones have changed the photography beyond recognition in the last twenty years and the quality of the imagery is such that innovative filmmakers are using iPhones to record footage. One restriction remains and that is the lens itself; there’s only one and it’s fixed in place. There’s no swapping in a macro lens, though Schneider Optics might have a solution. Todd finds out more from Don.

Schneider Optics iPro Lens systems provides a selection of high quality optical lenses for Apple iPhones and the Samsung Galaxy S4, including macro, wide-angle, super wide, tele and fisheye. The system works by fitting the smartphone itself into a case and then mounting the lens onto the case with a bayonet connector to ensure the best possible optical alignment. The smallest offset can lead to aberrations and a loss of picture quality, which the iPro Lens case and lens combination avoids.

The iPro Lens is available now for the Samsung Galaxy S4, iPhone 4/4S and iPhone 5/5S. The iPhone 6 and 6 Plus variant will be on sale shortly. Lenses cost from $39 to $99, the case is $31 and there are kits available too.