Quibi Holdings LLC., which launched about six months ago, is shutting down, The Wall Street Journal has reported. Quibi stands for “quick bites” and offered viewers 5 to 10 minute “chapters” of entertainment that were formatted to fit on a smartphone screen. The company was hoping to revolutionize how people consume entertainment.

Quibi was led by Founder & Chairman of the Board Jeffrey Katzenberg, and Chief Executive Officer Meg Whitman. Together, they posted on Medium “An open letter to the employees, investors, and partners who believed in Quibi and made this business possible – “.

…Quibi was a big idea and there was no one who wanted to make a success of it more than we did. Our failure was not for lack of trying; we’ve considered and exhausted every option available to us…

…And yet, Quibi is not succeeding. Likely for one of two reasons: because the idea itself wasn’t strong enough to justify a standalone streaming service or because of our timing…

After several countries created “lockdown” or “shelter-at-home” rules, people stopped commuting and started working from home. Students in many places started remote learning, instead of attending school in person. This was a problem for Quibi who appear to have aimed their “quick bites” of entertainment for commuters and parents waiting to pick up kids from school.

What’s next for Quibi? According to the Medium post, over the coming months, they will be working hard to find buyers who can leverage Quibi’s valuable assets to their full potential.

Walt Disney Company has decided to do a strategic reorganization of its media and entertainment business. The company is going to focus on developing and producing original content for its streaming services, as well as legacy platforms.

Distribution and commercialization activities will be centralized into a single, global Media and Entertainment Distribution organization. That organization will be responsible for all monetization of content – both distribution and sales – and will oversee the company’s streaming services. The leaders of each part of this reorganization will report to Bob Chapek, Chief Executive Officer. Here is a partial quote from him that was in the news release:

“Our creative teams will concentrate on what they do best – making world-class, franchise-based content – while our newly centralized global distribution team will focus on delivering and monetizing that content in the most optimal way across all platforms, including Disney+, Hulu, ESPN+ and the coming Star international streaming service.”

CNBC reported that shares of the company jumped more than 5% during after-hours trading following the announcement.

At the end of September, Disney decided to lay off 28,000 employees across its parks, experiences, and consumer products segment. According to CNBC, the company blamed this decision on prolonged closures and capacity limits at open parks.

HBO Max, HBO’s new streaming service, has debuted. You can start your free seven-day trial right through the HBO Max website if you are a new HBO customer. Once the free trial ends, the service costs $14.99 a month.

Those who currently subscribe to HBO may already have access to HBO Max. You can check to see if your provider is among the ones listed on the HBO Max website. If so, your HBO NOW app should automatically update (if you have automatic updates turned on).

One thing to keep in mind is that those whose streaming service of choice is either Amazon or Roku are out of luck. Neither of them are supported by HBO Max.

Why not? According to CNET, HBO’s parent company, AT&T, has not yet reached an agreement with Roku or Amazon. Those who have the HBO Go or HBO Now app on their Roku or Fire TV will have a problem if their HBO subscription was upgraded to HBO Max. These customers won’t be able to watch HBO Max on there.

That said, there are a wide variety of supported devices that can get HBO Max: 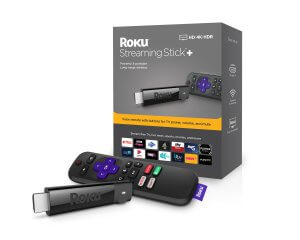 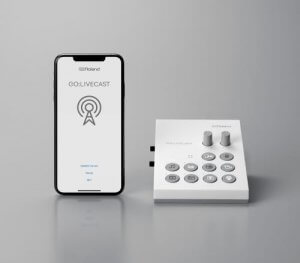 GO:LIVECAST functions like an instantly-accessible, mini broadcast studio to make online live video production for programs from music, to beauty, to cooking, easier, and more fun for everyone. Roland continues its mission to provide innovative tools for modern creative outlets and uses, like livestreaming, so inspiration can take shape in the form of music or media.

The Roland GO:LIVECAST is quick and easy to use with plug-and-play setup. Simply connect a smartphone and headphones for sound monitoring and start streaming. GO:LIVECAST improves average built-in microphone smartphone audio by giving content creators the ability to connect to other sound sources – from microphones to electronic instruments.

Effortlessly insert pre-recorded audio and video clips into livestreams with the push of a button via six customizable controls. Quickly adjust the volume of your microphone or media clip through knobs and mute buttons to keep the audio at a comfortable level and omit unwanted sounds.

Through the companion app, users can access a variety of video features. Even content-creators without production experience can introduce new and exciting elements to their broadcasts to elevate content. The GO:LIVECAST app allows streamers to log-in and connect to their preferred platforms and start broadcasting directly, eliminating the need for other third-party streaming software. Streamers can also simultaneously monitor comments from their viewers directly in the app while managing their stream.

Roland GO:LIVECAST keeps you and your stream looking its best. Portrait and landscape mode are automatically detected by the smartphone’s position, while users can select their smartphone’s front or rear camera via the app and even apply a filter for a polished, softened look. Introduce multiple angles and split-screen views through the app by simply connecting a second smartphone or tablet camera via wi-fi.

Roland is making in-the-moment content easier than ever before by providing a platform to increase professional production value for everyone from novice vloggers to professional streamers on-the-go. 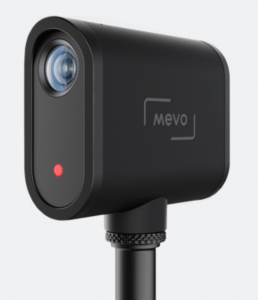 The sophisticated, high-quality, all-in-one-camera features 1080p HD video and crystal clear audio users to seamlessly share important events in real-time without having to separate themselves from the action.

Mevo, which revolutionized long-form livestreaming for professionals with its popular Mevo Plus camera, is now empowering consumers and influencers to take storytelling to the next level with Mevo Start. Fitting in the palm of your hand and at an affordable price of $299, Mevo Start features a sleek, portable design and more than four hours of livestreaming battery life.

With Mevo Start and its smartphone app, consumers, SMBs and influencers alike can now create high-quality HD event livestreaming videos right out of the box, enabling them to capture and share every event from start to finish, whether its a cooking tutorial, press conference, wedding, concert, or a child’s first play.

Mevo Start is putting an end to the days of being trapped behind the camera by allowing users to direct their videos from a smartphone app. With just a few taps, you’re instantly connected to any streaming platform you desire – Facebook, LinkedIn, Periscope, Twitch, Twitter, Venmo, YouTube or another channel – even multiple platforms at the same time. 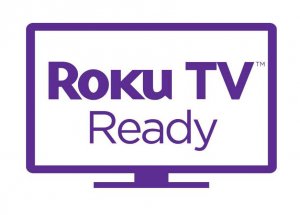