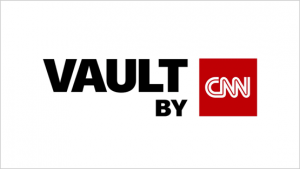 On Monday afternoon, as pointed out by Parker Molloy, CNN ended its big Web3 project by announcing, “We have decided that it’s time to say goodbye to the Vault by CNN.”, The Verge reported.

CNN tweeted the following from its @Vaultbycnn account: “News of our own to share”. It was followed by a screenshot that provided an explanation:

The Vault team is honored to have partnered with amazing journalists, producers, artists, photojournalists, and collectors from all over the world during our time together, but we have decided that it’s time to say goodbye to Vault by CNN.

Vault was originally launched as a 6-week experiment, but the support and engagement from our community let us expand this project into something much larger. Thank you to each of you for your interest and engagement in what we built together.

At CNN’s core is a spirit of innovation and experimentation, going right back to our founding in 1980. We learned a lot from our first foray into Web3, and we are excited to carry Vault’s concepts around community storytelling into future projects.

While we will no longer be developing or maintaining this community, the Vault NFT collection will live on. Head over to our Discord server for more on that.

Thank you for joining us for a great year of journalism, art, and community.

According to The Verge, the Discord channel for CNN’s NFT project informed owners that while the Vault website will “undergo changes,” it will remain available for them to view their collections and use its marketplace. Reactions from the community included shock, disappointment, and a few posters saying they planned to contact their lawyers while accusing CNN of a “rug pull”, which in crypto terms applies when a development team unexpectedly yanks support – and funds – from a project, leaving the people who bought in with nothing.

The Discord message also informed holders of CNN’s plan to “burn” unsold NFTs, which it says will make the ones they hold rarer, and thanked collectors for joining the “experiment.” CNN publicist Garett Cowan tells The Verge that the six-week experiment mentioned in the message was an internal test leading up to the June 2021 public launch.

For what it’s worth, The Verge reported that Vault by CNN lasted 16 times as long as CNN Plus.

Personally, I have no interest in spending money on NFTs. That said, I am aware that there are people who want to buy them. It seems reasonable that some of the people who bought NFTs from CNN are upset about the abrupt ending of Vault by CNN.

CNN+, the streaming service you probably never heard of, is going to shut down at the end of April 2022. I’m not certain what content it provided, but that doesn’t matter anymore.

CNN reported that CNN+, the streaming service that was hyped one of the most significant developments in the history of CNN, will shut down on April 30, just one month after it launched. The decision was made by new management after CNN’s former parent company, Warner Media, merged with Discovery to form Warner Bros. Discovery.

According to CNN, David Zaslav, the chief executive of Warner Bros. Discovery, has said that he wants to house all of the company’s brands under one streaming service. Some CNN+ programming may eventually live on through that service. Apparently, hundreds of CNN+ staffers were notified of the decision on a meeting on Thursday afternoon.

What happened? Variety reported: The decision puts an abrupt end to an ambitious and aggressive venture that people familiar with the matter say rankled David Zaslav, the new CEO of Warner Bros. Discovery, from the start.

According to Variety, Zaslav was annoyedly the decision of Jason Kilar, the former CEO of WarnerMedia when it was owned by AT&T, to launch CNN+ just weeks before Discovery was set to take over operations. But he was unable to communicate with WarnerMedia management, owing to legal boundaries surrounding the merger process.

Variety also reported: Andrew Morse, the CNN executive vice president who oversees the newly-launched streaming-video outlet, as well as CNN’s digital and Spanish-language operations, was told of the decision ahead of time and is expected to depart after a period of transition. Alex MacCallum was named to oversee digital, and CNN+ employees will be paid for the next 90 days and be given opportunities to explore other positions around the company.

The New York Times reported that the abrupt demise of CNN+, as well as Netflix’s projection that it will lose two million more subscribers over the next three months, has raised questions about how many people are willing to pay for numerous streaming services, as well as how profitable these businesses can become in the next few years.

I think that is a very good point. People might happily pay for one streaming service, especially if that specific one includes a lot of content that they know they will enjoy. As an example, Disney + has a wide variety of content from various beloved franchises, as well as some of Disney’s movies. I don’t think most people want to pay for every streaming service that exists, even if it means missing out on some of what they could be watching.

Perhaps deciding to launch a streaming service, while CNN was about to become part of Warner Bros. Discovery, was not the best timing. Especially since there were a lot of tweets included the phrase: “I’ve never heard of CNN+” in them (along with a few variations of that same phrase), when the shutdown of CNN+ was announced.

Facebook and Twitter have both stated that they have removed accounts that were operating out of Ghana and Nigeria, and that had ties to Russia’s IRA. This comes after CNN’s investigation uncovered activity that “had striking similarities to the Russian troll campaign of 2016, which created hundreds of accounts designed to pass as American”.

According to CNN, Facebook and Twitter had already been looking into some of the troll accounts when CNN notified the two companies of their investigation. Facebook announced:

Today, we removed 49 Facebook accounts, 69 Pages and 85 Instagram accounts for engaging in foreign interference – which is coordinated inauthentic behavior on behalf of a foreign actor – on Facebook, Instagram, and other internet platforms. This network was in the early stages of building an audience and was operated by local nationals – some wittingly and unwittingly – in Ghana and Nigeria on behalf of individuals in Russia. It targeted primarily the United States.

Facebook stated that they detected this network as a result of their internal investigation into suspected coordinated inauthentic behavior ahead of US elections. They note that their assessment benefited from their subsequent collaboration with a team of journalists at CNN. Facebook said it shared information with their industry peers, policy makers, and law enforcement.

Twitter, as you might expect, posted a thread of tweets about about the situation. The thread started with: “Our top priority is keeping people safe. In collaboration with law enforcement, industry peers, journalists, and expert researchers, we recently suspended a small network of accounts largely Tweeting in English and that presented themselves as based in the United States.”

The next tweet in the thread said: “These 71 removed accounts, operating out of Ghana and Nigeria and which we can reliably associate with Russia, attempted to sow discord by engaging in conversations about social issues, like race and civil rights.”

It would be smart to keep this in situation in mind as you use Facebook or Twitter. There is no logical reason to assume that every account you see is authentic. If you read or watch something on social media that causes you to feel angry or outraged, please wait a few minutes before sharing it. The account it came from just might be a troll – hoping to affect your emotional state so much that you share the content as quickly as possible. Don’t help the trolls!

When will the insanity in banner advertising stop. Over the past couple of weeks every time I visit CNN.com or MSNBC.com I get assaulted by the biggest most annoying banner ads I have ever seen. This complete disregard for the readers experience tells me that the companies involved know nothing on how to properly engage audiences.  I have never used ad blocking software but ads such as these are driving me towards installing ad blocking software for the first time.

I sure hope the media properties are getting a premium on these sorts of ads because the goodwill that they are losing is significant.

I sure hope the IQ of new media consumers is higher than that of the average old media watcher. I do not watch much news on TV. It is a waste of time. Well last night my friend is telling me about gas going up. We are in Georgia. So apparently the hurricane has disrupted a refinery in the Gulf of Mexico ….again. The talking heads on the news are saying gas will be in shorter supply and the price will rise. They say you might want to fill up before it happens. Well this sends the thundering herd of idiots out to line up at the gas stations. What do you think happens when people are lined up to buy a product whether or not there is a shortage? The freaking price is going up big time. If I am a barber & I see a line of people out my shop doors, I only have time to do so many haircuts. So my time becomes more valuable so I can raise the price. Supply & demand people! I have no doubt the news people are right when they say prices will rise but they cause a panic by promoting fear as usual. So the prices go way beyond what they would naturally. New media providers are hopefully more responsible than the old school TV people. They don’t have to promote one bad thing after another to keep consumers watching or listening. What if CNN said that drinking bleach is absolutely necessary for good health? I bet 5% of the population would wake up dead the next morning! The herd mentality has to stop. If all I can do as a part of new media content is call out people for doing dumb things so be it.