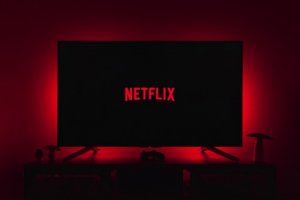 Netflix reported a loss of 200,000 subscribers during the first quarter – its first decline in paid users in more than a decade – and warned of deepening trouble ahead, CNBC reported. According to CNBC, Netflix’s shares cratered more than 25% in extended hours after the report on more than full day’s worth of trading volume. Fellow streaming Roku, Spotify, and Disney also tumbled in the after-hours market after Netflix’s brutal update.

Netflix recently provided information to its shareholders. Here are some key points:

Netflix stated: “In the near term, though, we’re not growing revenue as fast as we’d like. COVID clouded the picture by significantly increasing our growth in 2020, leading us to believe that most of our slowing growth in 2021 was due to the COVID pull forward. Now, we believe there are four main inter-related factors at work”.

How does Netflix plan to fix their problem? The Hollywood Reporter has the answer to that question. Netflix is planning to roll out less expensive plans, supported by advertising. According to The Hollywood Reporter, Netflix co-CEO Reed Hastings said that they will be examining what those plans will look like “over the next year or two”. Netflix COO Greg Peters said that advertising “is an exciting opportunity for us.” Hastings said that when Netflix launches its ad-backed tier, it would do so as a publisher, without data tracking and ad-matching that some competitors are embracing.

Personally, I don’t think the offer of a less expensive Netflix, filled with ads, is going to entice people to get a Netflix account. That’s especially true if the ads break into shows or movies in random places, destroying the mood for viewers.