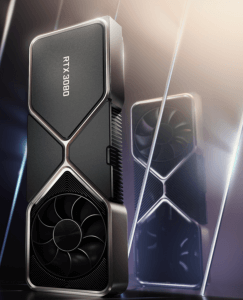 Nvidia announced a change to their RTX 30 series cards. The purpose is to nerf them so that the cards will be less desirable to people who use them for mining cryptocurrency. To me, it sounds like this could make it easier for gamers to not only obtain Nvidia’s cards, but also to use them for their intended purpose – playing video games.

…To help get GeForce in the hands of gamers, we announced in February that all GeForce RTX 3060 graphics cards shipped with a reduced Ethereum hash rate.

Nvidia clarifies that because these GPUs originally launched with a full hash rate, they want to ensure that customers know exactly what they’re getting when they buy GeForce products. To help with his, Nvidia pointed out that their GeForce partners are labeling the GeForce RTX 3080, RTX 3070, and RTX 3060 Ti cards with a “Lite Hash Rate” or “LHR,” identifier. The identifier will be in retail product listings and on the box.

The reduced has rate does not apply to cards that have already been purchased. It will apply to newly manufactured cards with the LHR identifier.

The purpose of this change is to reinforce that GeForce is made for gaming. Nvidia says it believes this additional step will get more GeForce cards at better prices into the hands of gamers everywhere.

My hope is that this change will deter people who want to use GeForce cards for mining Ethereum cryptocurrency. It is abundantly clear that the Nvidia doesn’t want its cards used by crypto miners, especially as it appears that the result is that gamers can’t access the cards.

That said, The Verge reported that Nvidia tried to nerf mining with the RTX 3060, and accidentally released a beta driver that unlocked hash rates and increased performance. The Verge said that’s been reinstated with more recent drivers, but the beta drivers are “out in the wild now.”

The Verge also reported that Nvidia’s move to nerf new cards will drive up the prices for existing 30-series GPUs that don’t have those restrictions in place.