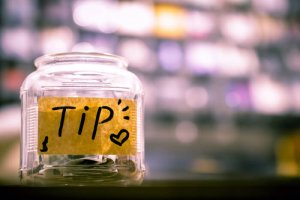 What would it be like to earn income through Google, from people who visited your website and wanted to give you a tip? According to TechCrunch, Google was considering a feature like that, but decided to scrap it. TechCrunch obtained this information, and several screenshots of it, from “a source that provided evidence that they came directly from Google”.

Apparently, the tipping feature was explored last year by Google, who considered adding it to Google Contributor. In short, Google Contributor allows people to buy an ad removal pass for the web (from participating sites).

You load your Contributor pass with an initial payment, that gets distributed each time you visit a (participating) site without ads. That money goes to the creators “after a small portion is kept by Google to cover the cost of the service.” The creator of the website you visited is able to set the price per page.

I personally find that system to be a little clunky. Most people who don’t want to see ads simply start using an ad blocker. If they want to support a particular creator’s website, they can join that person’s Patreon, or give them a tip via PayPal or Ko-fi. I don’t really understand why anyone would want Google to be a “middleman” in that process.

The screenshots obtained by TechCrunch appear to show images of a feature that would enable those who visit a website that is participating with Google Contributor to give the creator a tip through Google Contributor itself. There is an image of a iPhone with a news article on it and a suggestion to support that website (in this case, The New York Times). Three funding amounts are suggested: $1.00, $3.00, or $5.00.

It isn’t clear what amount of money Google would take from the tipping feature, or how much would actually go to the creator. The tipping system might have been useful for the big news sites who relied upon revenue from ads and are now struggling to find a different way to monetize their content.