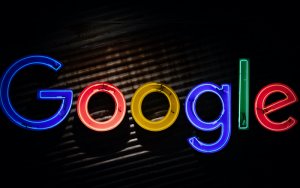 The European Commission antitrust regulators are investigating Google’s collection of data. This comes months after the U.S. Department of Justice announced that they were reviewing how Google’s platforms have reduced competition.

Reuters reported that an EU executive said the Commission was seeking information on how and why Alphabet unit Google is collecting data. A document seen by Reuters indicates the EU’s focus is on data related to targeting services, local search services, web browsers, and others.

The European Commission antitrust policy is developed from the two central rules of the Treaty on the Functioning of the European Union. Article 101 of the Treaty prohibits agreements between two or more independent market operators which restrict competition. Article 102 of the Treaty prohibits firms that hold a dominant position on a given market to abuse that position, for example by charging unfair prices, limiting production or “by refusing to innovate to the prejudice of consumers.”

For those who, like me, no longer trust Google’s data collection practices (or what it does with that data), there are options. You can use Firefox or Safari instead of Chrome. There are search engines, such as Ecosia, that are more ethical than Google’s search. It might be time to migrate away from your Gmail account in favor of a better option.