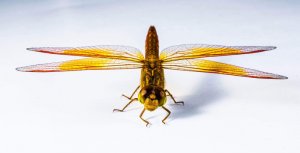 Google had been working on a project called Dragonfly, which was being developed as censored search engine that would be used in China. The decision comes after hundreds of Google employees called on the company to cancel the project.

The Intercept has a very detailed article about what Project Dragonfly was. It was a very secretive project that relied upon data gleaned from 265.com, a Beijing-based website.

The controversy over Dragonfly is largely because it was being built as a censored search engine. From the Intercept:

The dispute began in mid-August, when The Intercept revealed that Google employees working on Dragonfly had been using a Beijing-based website to help develop blacklists for the censored search engine, which was designed to block out broad categories of information related to democracy, human rights, and peaceful protest, in accordance with strict rules on censorship in China that are enforced by the country’s authoritarian Communist Party government.

I’m certainly not the first person to say this, but it bears repeating. If Google were to create and launch Dragonfly in China, it would not stop there. The existence of a tailor-made censored search engine for one country could influence other countries to demand that Google create a highly censored search engine for them – blocking whatever that government chooses to censor.

The existence of Project Dragonfly is dangerous and disturbing. The Intercept points out that Google’s CEO, Sundar Pichai, appeared before Congress and stated that “right now” there were no plans to launch Dragonfly. That doesn’t mean it is gone for good, and we need reporters to continue to monitor the situation.