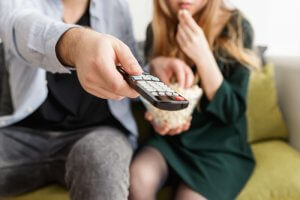 Disney has announced that their new direct-to-consumer streaming service will be called Disney+. It is scheduled to launch in the United States in late 2019. I haven’t seen anything that specifically states what a subscription to Disney+ would cost.

Disney+ will have a Star Wars live action series that will go into production next year. It will follow the adventures of Cassian Andor during the formative years of the Rebellion and prior to the events of Rogue One. Diego Luna will reprise the role of Andor.

In addition, Disney+ will also have a Marvel live action series centered around Loki, the god of mischief. Tom Hiddleston will star.

CNBC reported that in August of 2017, Disney said it would pull all of its movies from Netflix in 2019. If you are a Netflix subscriber, I recommend you watch those movies now, before they are removed.

I believe that Disney+ will attract a lot of consumers, especially those who have children. It sounds like Disney+ is going to offer plenty of interesting things for teens and adults, as well. Disney+, in my opinion, could be a fierce rival for Netflix. I think current Netflix subscribers could be tempted to switch to Disney+ if the subscription price is lower than what Netflix charges.

Or, maybe people will subscribe to both. To me, it feels like we are at a place where people can “just pay for the channels they want” instead of paying for cable. If so, that’s something a lot of people have been wanting for a long time.