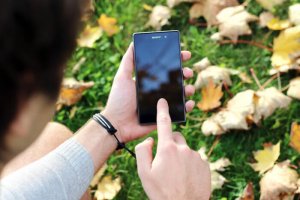 BuzzFeed reported, in an extremely detailed article, information about their investigation into a fraud scheme that involved more than 125 Android apps and websites, some of which were targeted ads.

Google has responded in a blog post on the Google Security Blog, with details about what they have done after BuzzFeed informed them about the ad fraud scheme.

So, basically, what happened was some nefarious people put a ton of effort into finding a way to make money by artificially inflating ad revenue in mobile apps. I find it disgusting that someone out there is so selfish and greedy that they felt the need to do this. I understand that people want to make money – but most people don’t assume that means it is ok for them to commit fraud.

Garbage like the malware used in the fraud scheme clutters up the internet. It has no legitimate purpose at all, and I’m glad that Google is actively tracking this operation.

The only good thing that has come from this situation is that it involved a collaborative effort between BuzzFeed and Google in order stop the problem. Google stated: “Collaboration throughout our industry is critical in helping us to better detect, prevent, and disable these threats across the ecosystem.” I’m hoping the collaboration will make it much harder for people to pull these kind of shenanigans in the future.