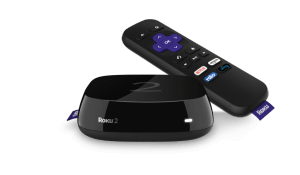 Cutting the cord simply means turning off your TV service, be it cable or satellite. You will obviously still need a cord for internet service, so the phrase is a bit confusing. Most people do this by using internet-based alternatives.

Of those, there are many choices — Amazon Prime, Netflix and Hulu Plus are popular choices. Sling TV launched not long ago and provides what is literally a TV service over the internet, with channels like ESPN, CNN, History, HGTV and many more streaming live.

These service aren’t free of course, but even using two or three of them adds up to considerably less than the average cable bill. And once you’ve purchased a box such as Amazon Fire TV or Roku your fee for that is done — no monthly box rental, none of those minor little charges that seem to get stuck into bills in hopes you don’t notice.

There are some drawbacks, of course. With the exception of Sling you won’t be watching live TV.  The problem is Sling doesn’t carry the major networks like CBS, NBC, ABC and Fox. However you can catch many shows on Hulu Plus, you just have to wait until usually the next day.

So, will 2016 be the year that you’ll take this plunge, or have you already? Let us know and also what services you are, or plan to, use.