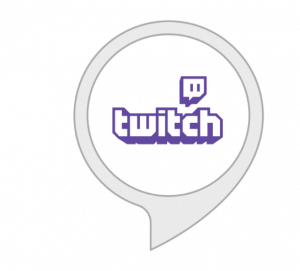 Twitch announced that they have launched their Twitch Skill on all Alexa-enabled devices in the United States. This Skill enables people to control Twitch with their voice.

You will need to enable the notifications permission for the Twitch Skill in your Alexa app to start receiving notifications. Alexa will notify you anytime a followed channel that you have notifications enabled for starts broadcasting.

Twitch announced that they are collaborating with Blizzard Entertainment again to bring players a Legendary Loot Chest for Heroes of the Storm. This is not the first time the two companies have collaborated in this way.

In June, the offer was a Golden Loot Box for Overwatch for current and new Twitch Prime members.  That offer is valid through August 20, 2017.  In addition, there is another offer for Overwatch players who have Twitch Prime.

The asterisk leads to: Offer valid only in regions where Twitch Prime is available.  Must own Overwatch to redeem. Loot Box does not include any seasonal event items.  Content of Loot Box is random.  Each Blizzard account may only redeem one code per promotional item.

Players who are not currently a Twitch Prime member can sign up for a free Twitch Prime trial.  Those who get Twitch Prime also get the benefits that come from Amazon Prime, including streaming movies and TV shows to ad-free viewing of your favorite Twitch streamers. 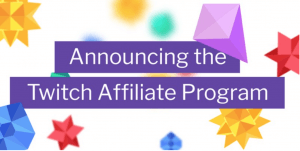 Introducing the Twitch Affiliate Program, which helps us expand that commitment to include tens of thousands of non-partnered creators. The program allows eligible streamers to start earning income on Twitch while building their audience, and provides a stepping stone to bridge the gap between emerging streamer and Twitch Partner. At launch, Affiliates will be able to start Cheering with Bits on their channel so their communities have an on-platform choice for showing support.

Twitch streamers cannot apply to be in the Twitch Affiliate Program. Twitch will invite streamers who qualify to sign up for it. Invitations are expected to roll out gradually over the next several weeks.

Twitch will provide participating Affiliates a share of the revenue Twitch receives from Bits equal to 1 cent per Bit used to Cheer for them, subject to certain terms and conditions. Twitch Partners get Custom Cheermotes – Twitch Affiliates do not.

Twitch, the leading social video platform and community for gamers, has agreed to acquire Curse, a leading global multimedia technology company focused on creating content and products specifically for gamers.

Curse might be best known for the add-ons it makes for World of Warcraft, Minecraft, The Elder Scrolls V: Skyrim, and other PC games. Curse also has helpful information in the form of wikis and news guides, that can help players. Business Wire says that more than 30 million people visit Curse’s web properties, video channels, social media channels, and desktop application each month.

Twitch is the go-to site for people who stream their video game play, and therefore, also for the people who want to watch those streams. More than 100 million community members gather to watch and talk about video games with more than 1.7 million streamers each month.

This acquisition will help provide gamers with the tools and resources they need to achieve the ultimate gaming experience, a mission shared by both Twitch and Curse. Together Curse and Twitch will help gamers connect, interact, and share information with one another.

There is some speculation that this acquisition could result in a push for gamers on Twitch to use what originally was called Curse Voice (and is now called Curse) instead of Discord, Teamspeak, Skype, or other similar services. Many gamers use those types of services to communicate with the other players on their team while gameplay is going on.

Twitch has introduced something new called Cheering. It is a way for people to show support for streamers and to celebrate exciting moments with the community. The system is currently in beta and can only be used with Cheer-enabled Partners. Twitch hopes to add “more cool stuff” in coming months.

Cheering functions sort of like a microtransaction. People start by clicking on the Bits icon that appears next to the emote button on channels that have Cheering enabled. Right now, you can get 100 Bits for $1.40 (and the prices go up from there). Twitch is using Amazon Payments as their payment technology, but appears to be considering adding additional local payment methods and currency support in the future.

After you have purchased some Bits, you can use them to support a Cheer-enabled Partner on Twitch. Type “cheer” into the chat, followed by a number. It will show up in the chat with a special Bits Emote icon. Those who do a lot of Cheering in a specific channel can earn a Cheer Chat Badge.

What does this mean for people who stream on Twitch? Only Cheer-enabled partners are able to make use of the Cheering system. In one of the blog posts that Twitch created to explain Cheering, it says:

Twitch provides participating partners a share of the revenue Twitch receives from Bits equal to 1 cent per Bit used to Cheer for them, subject to certain terms and conditions such as our Bits Acceptable Use Policy.

The same blog posts states that this is the first version of Cheering. Twitch expects that Bits will also be available through promotions and as rewards for activities on Twitch. They are also working to provide additional benefits to broadcasters that people Cheer for. Again, it is still in Beta, so there could be a lot of changes made before it is finalized.

A lot has been made about Microsoft’s latest operating system Windows 10. Many people prefer it over the operating system it replaced, though that isn’t necessarily saying much. The big problem people have with this latest platform is how much Microsoft is pushing it, and doing so hard.

The latest problem that Microsoft’s relentless pushing has caused happened to professional gamer Erik Flom, and it was live on the game streaming site Twitch.

This isn’t the first time such an incident has occurred, we recently saw during a TV news broadcast when the weather map was suddenly overlaid by a prompt to upgrade to Windows 10. While that incident was taken good-naturedly by the meteorologist, this one did not meet with the same reaction. There was cursing involved and video of the whole incident has gone viral thanks to Reddit.

.@fl0mtv so after getting pooped on by windows 10 doing the knife giveaway now! @NobleProGaming https://t.co/RxFP1dhQso

In this case, it was not a message prompting the upgrade, Flom already was using the OS. But getting it doesn’t solve the problem of Microsoft inserting itself into people’s lives. Updates to Windows 10 can also be forced. There’s an obvious reason for that — security vulnerabilities.

But as security firm Sophos points out “Unfortunately, cyberattackers don’t need to rely on zero-days, where a security patch isn’t available, because so many users remain unprotected against security bugs with fixes that are available – and have been for weeks, months, or even years”.

While Microsoft pushing these updates can be looked at as a good thing, perhaps there could be a better way, such as doing so when a PC is inactive.