Twitch has filed a lawsuit against perpetrators who were allegedly using Twitch’s service for “hate raids”. This action definitely shows the Twitch is aware of the “hate raids”. It is unclear whether or not the result of the lawsuit will actually improve the experience of people who stream on Twitch.

Wired appears to be the first to report about the complaint that Twitch filed. According to Wired, the lawsuit was filed in the US District Court for the Northern District of California.

…It targets two users, identified only as “Cruzzcontrol” and “CreatineOverdose”, whom Twitch believes are based, respectively, in the Netherlands and Vienna, Austria. Twitch, in the suit, says it initially took “swift action” by suspending and then permanently banning their accounts. However, it reads, “They evaded Twitch’s bans by creating new, alternate, Twitch accounts and continually altering their self-described ‘hate raid code’ to avoid detection and suspension by Twitch….

Polygon posted a copy of the complaint. Here is what Twitch is asking for:

That Defendants and their officers, agents, representatives, servants, employees, successors and assigns, and all others in active concert and participation with Defendants be preliminary and permanently enjoined from:

Using or accessing the Twitch Services;

An award to Twitch of restitution and damages, including, but not limited to, enhanced, liquidated, compensatory, special, and punitive damages, and all other damages permitted by law

An award to Twitch for its cost incurred in this suit, including, but not limited to, reasonable attorney’s fees.

In addition, Twitch is demanding a trial by jury.

Polygon reported that a spokesperson from Twitch told them “We hope this Complaint will shed light on the identity of the individuals behind these attacks and the tools they exploit, dissuade them from taking similar behaviors on other services, and help put an end to these vile attacks against members of our community”.

Twitch streamers have recently been facing takedowns under the Digital Millennium Copyright Act (DMCA). According to The Verge, he claimant was the Recording Industry Association of America (RIAA). It appears that the RIAA is going after clips, some of which may have been created several years ago.

It appears that Twitch was taken by surprise by the takedown requests. Twitch Support tweeted: “This week, we’ve had a sudden influx of DMCA takedown requests for clips with background music from 2017-19. If you’re unsure about rights to audio in past streams, we advise removing those clips. We know many of you have large archives, and we’re working to make this easier.”

Twitch also tweeted: “This is the first time we have received mass DMCA claims against clips.” A third tweet included a link to Twitch’s Music Guidelines. Part of those guidelines state: You may not include music you do not own in your Twitch streams or VOD’s (Past Broadcasts, Past Premieres, Highlights, Clips and Uploads).

One option for streamers who don’t want to get hit with a DMCA claim is to delete clips that include music that they do not own the rights to. The problem is that Twitch doesn’t make it easy for streamers to delete clips. Streamers who have been streaming for years, and who have active fans, could have a huge amount of clips to dig through. It becomes a race between how fast Twitch’s system allows for deletion, and the rate at which DMCA notices arrive at Twitch.

This could result in some streamers quickly racking up DMCA notices faster than they can do anything about them. Your favorite streamers might end up banned as a result. It seems unfair, considering that Twitch itself didn’t foresee the speed at which the DMCA notices would start arriving.

The best advice I have for streamers is to stop playing music until this whole mess gets sorted out. You might also want to ask your fans to stop making clips.

As you may have heard, Tyler Blevins, known as Ninja, has left Twitch and is now streaming exclusively on Mixer. It seems that Twitch is unhappy about that. Engadget reported that Twitch used Ninja’s dormant Twitch channel to promote other streamers, including one that was NSFW (not safe for work).

Engadget reported that esports consultant Rod Breslau observed that the number one stream on Twitch the morning of August 11, 2019, was a bootleg NSFW movie that lasted for more than two hours.

This is a huge problem for many reasons. People who come to Twitch to watch Ninja’s channel are very likely hoping to watch him play Fortnite, a game that is popular with middle schoolers and children. No one wants their kids to watch X-rated material.

The video is reportedly a bootleg, which breaks Twitch’s rule regarding copyrighted content. Twitch should have taken it down as expediently as possible, especially considering the nature of the content. Instead, Twitch left it up for at least two hours.

Ninja posted a video on Twitter in which he apologized for what Twitch promoted on his dormant channel. He also stated that he had absolutely no control over what Twitch chose to promote there. It sounds like Ninja and his team expected that his Twitch channel would be dormant – and not be used by Twitch for promotion.

Personally, I think this was a mean-spirited and extremely immature response by Twitch in regards to Ninja’s decision to move to Mixer. It is obvious that the NSFW content promoted on his Twitch channel could have harmed Ninja’s brand.

According to Engadget, Twitch has since reverted Ninja’s old channel to a regular offline screen, and Twitch CEO Emmett Shear has apologized to Ninja. Twitch has banned the user who posted the NSFW content and is suspending recommendations until they investigate.

I think I would have been willing to believe Twitch’s apology was in good faith if they had stepped in and removed the NSFW stream right away. Waiting two hours to do so is irresponsible, and makes Twitch look bad. 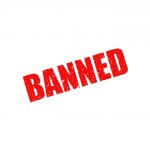