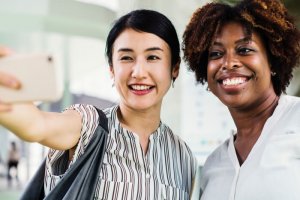 During my recent annual Christmas vacation, I decided to finally tackle my office room closet. That closet had become stacked pretty much from floor to ceiling over the past 16 or so years with obsolete computer junk.

Most of the stuff was completely out-of-date. Lots of extra stuff that came packaged with long-gone computers. Manuals describing long-dead software procedures. Old USB and even Serial Port peripherals that do not work with modern operating systems. Lots of stuff that slowly lost any value it had as computer technology advanced over the years. 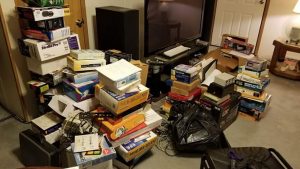 However, mixed in with what turned out to be about 15 large garbage bags of old computer junk, I found a gem that I forgot that I ever had – a classic “Model ‘M’” IBM PS/2 keyboard.

The IBM “Model M” is the holy grail of keyboards. Each Model M key uses what is called a “buckling spring” construction that gives every IBM 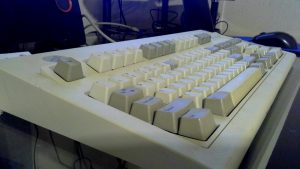 Model M key its distinctive key travel and feel. The sculpted keys of the Model M eliminates the common mistake of hitting two keys at once on modern, style over substance keyboard designs. Modern keyboards often have very little key travel, and a very mushy feel with the keys jammed together. The Model M keyboard offers the best typing experience EVER, bar none.

So, I went on Amazon and bought an inexpensive PS/2 keyboard/mouse to USB “Y” adapter. I plugged the IBM keyboard into one of the USB ports into my Samsung DEX dock that I use with my Galaxy Note 8 smartphone along with a 24 inch curved 1080p Samsung monitor. The combination couldn’t work better. I’m typing this into Word right now using the Model M with my phone plugged into the DEX phone dock which turns the Note 8 into a real desktop experience.

No other keyboard offers the typing accuracy or sheer satisfaction of the original “buckling spring” key design. After finding out that Unicomp still sells new Model M keyboards, I ordered two of them for a couple of my computers.

Technology is improving in ways that not only allow for IOT, but also makes it easier for us to talk to our devices and appliances. IBM’s focus for the future is the “Cognitive Era” – a term they’ve coined and a market that they are going after. The overall goal is to improve the natural language understanding in IOT products.

Don and Scott spoke with Aylee H. Nielsen, who is a Social Media Execution Strategist for IBM. She talked about some of the partnerships that IBM has with different companies, including Under Armour, SoftBank, and Cognitoys. Some of the new products from those companies are IBM Watson powered devices.

Do you have video editing skills? There is cash on the table for a winning entries. Plus I have a couple of fun prizes to give away in the form of some Roku’s listen to get the details. Your really going to enjoy tonight’s show as the content flow was close to perfect.