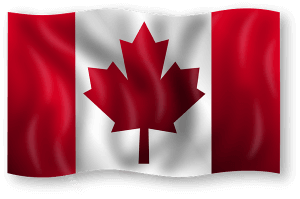 The Parliament of Canada has approved the world’s first national Bitcoin law. It is the first official law that concerns the treatment of Bitcoin financial transactions under national anti-money laundering law.

Bill C-31 was an amendment to Canada’s Proceeds of Crime (Money Laundering) and Terrorist Financing Act (PCMLTFA). In other words, the bill amended, or made a change to, an existing Canadian anti-money laundering law. Here are some key points of the law:

Regulates Bitcoin as an MSB (money services business): “Bitcoin dealing, more specifically referred to as ‘dealing in virtual currencies’ in Bill C-31, will be subject to the record keeping, verification procedures, suspicious transaction reporting and registration requirements under the PCMLTFA as a money services business.”

Registration with FINTRAC (the Financial Transactions and Reports Analysis Centre of Canada): “Bitcoin dealers will be required to register with FINTRAC and if successfully registered, to implement a complete anti-money laundering compliance regime.”

Prohibits banks from opening accounts for Bitcoin entities if unregistered: “Under Bill C-31, banks will be prohibited from opening and maintaining correspondent banking relationships with Bitcoin dealers that are not registered with FINTRAC.”

Today, Roku announced it will be going International: starting in the United Kingdom and Canada. The Set Top Box plans to launch in these countries early 2012. Currently, they are making a call to Canadian and European developers to start creating content for this popular medium.

Roku was founded in 2002 by Replay TV founder Anthony Wood. The privately held company started with the SoundBridge – a network music player. Since then, the company created the PhotoBridge before developing the Roku in 2008. Four generations later, the Roku LT, Roku 2 HD, XD and XS (with Angry Birds) are current models you can purchase starting at $49.

“This year has been one of many accomplishments for Roku in the U.S. In July, we introduced Roku 2 which brings casual games to the TV and last month we unveiled the $49.99 Roku LT. We’ve added casual games including Angry Birds and PAC-MAN as well as premiere channels including HBO GO,” said Roku Founder and CEO Anthony Wood. “And now we’re looking forward to kicking off 2012 by expanding to Europe and Canada and providing consumers abroad with the best in streaming entertainment – a natural evolution for Roku.”

Recently Roku launched games like Pac-Man and Galaga, along with services like CNBC 24 hour and HBO Go (with cable subscription). Of course, Roku was the first STB to offer Netflix, and also has premium channels like Amazon and HuluPlus. Not to mention the TechPodcasts and Blubrry networks.

I have to admit, I would rather be here in Hawaii for the next couple of days, but when I was a kid there was nothing more fun than a snow storm. Enjoy the time off work, and know that I will be flying out on Thursday nite to head to the windy city for a couple of days and then back to Honolulu. I have a full load of news and commentary for you. Make sure you are subscribed so as not to miss any episodes.

I love these tilt-shift films which make everything appear in miniature and some of you will recall Sam O’Hare’s “The Sandpit” from earlier in the year. This new film was produced for Whistler Blackcomb ski resort in Canada by Mike Douglas of Switchback Entertainment and it continues the fun. Music is “Passed Out” by White Apple Tree.