The Center for Democracy & Technology (CDT) has filed a lawsuit against President Trump’s “Executive Order on Preventing Online Censorship”. The suit argues that the executive order violates the First Amendment by curtailing and chilling the constitutionally protected speech of online platforms and individuals. CDT is represented by the law firm of Mayer Brown.

Electronic Frontier Foundation (EFF) has a good explanation of Section 230 of the Communications Decency Act, (which President Trump’s executive order targets). In short, Section 230 says: “No provider or user of an interactive computer service shall be treated as the publisher or speaker of any information provided by another information content provider.” It protects social media companies (such as Twitter and Facebook) from being held legally responsible for what users post on their platforms.

The lawsuit was filed in the U.S. District Court for the District of Columbia. The plaintiff is Center for Democracy & Technology and the defendant is President Donald Trump. In the 28-page lawsuit, CDT details the ways in which President Trump’s executive order is “retaliatory motivation and his goal of chilling future protected speech that is inconsistent with his views render the Executive Order violative of the First Amendment”.

CDT President & CEO Alexandra Givens has some quotes on their website, including this one:

“The Executive Order is designed to deter social media services from fighting misinformation, voter suppression, and the stoking of violence on their platforms. Access to accurate information about the voting process and the security of our elections infrastructure is the lifeblood of democracy. The President has made clear that his goal is to use threats of retaliation and future regulation to intimidate intermediaries into changing how they moderate content, essentially ensuring that the dangers of voter suppression and disinformation will grow unchecked in an election year.”

The New York Times reported that CDT’s lawsuit asks the court to invalidate the executive order. The New York Times states that this lawsuit, “…is indicative of the pushback that the president is likely to face as he escalates his fight with social media companies, which he has accused of bias against conservative voices.”

A judge has ruled that the act of looking at a phone’s lock screen requires a warrant – in some circumstances. This ruling was made by the Honorable John C. Coughenour in the United States District Court Western District of Washington at Seattle. It seems to me that this ruling requires the FBI to have a warrant before they can look at the lock screen on someone’s phone.

The case is United States of America v. Joseph Sam. It is regarding a motion filed by Mr. Sam’s lawyer arguing that the evidence obtained from looking at the lock screen should not have been sought without a warrant and should be suppressed.

There were two things to consider in this case: the actions taken by the police when they arrested Mr. Sam, and the actions of the FBI taken later. The Court saw these actions as two separate things.

In regards to the actions of the FBI, Judge John C. Coughenour pointed out that the Fourth Amendment protects people from “unreasonable searches and seizures” of “their persons, houses, papers, and effects.” The FBI powered on Mr. Sam’s phone in order to take a picture of the lock screen. In short, the FBI needed a warrant in order to do that, and did not have a warrant. Based on this, the Judge determined that this search was unconstitutional. Mr. Sam’s motion to suppress the evidence the FBI gathered during this search was granted.

Things get a little cloudy in regards to the actions of the police at the time of Mr. Sam’s arrest. It was unclear to the Court why the police “felt it was necessary to power on or manipulate Mr. Sam’s cell phone to properly inventory the phone”.

It was also unclear if that police department procedures require officers to power on every cell phone that they inventory, or whether the police searched the phone. As such, the Judge could not resolve Mr. Sam’s motion to suppress the evidence found during the police’s examination of his phone.

To me, it sounds like the FBI needs to obtain a warrant to power on someone’s phone, and to take a photo of the lock screen, beforehand. Pushing the buttons on a phone in order to activate it counts as a search.

The world is adjusting to the “new normal” of working from home and attending online meetings. While this is happening, a nefarious group of people have decided to enter Zoom teleconferences so they can be abusive to the people who are attending it. The Department of Justice wants people to know that “Zoom-bombing” can result in fines or imprisonment.

The release points out that the FBI reported this week that there has been a rise in “Zoom-bombing”, or video hacking, across the United States. Hackers are disrupting conferences and online classrooms with pornographic and/or hate images and threatening language.

Michigan’s chief federal, state, and local law enforcement officials are joining together to warn anyone who hacks into a teleconference can be charged with state or federal crimes. Charges may include – to name just a few – disrupting a public meeting, computer intrusion, using a computer to commit a crime, hate crimes, fraud, or transmitting threatening communications. All of these charges are punishable by fines and imprisonment.

The Verge reported that the press release on the Department of Justice’s website under the US Attorney’s office for the state’s Eastern District is posted with support form the state attorney general and the FBI.

The press release includes a quote from Matthew Schneider, United States Attorney General for Eastern Michigan, “You think Zoom bombing is funny? Let’s see how funny it is after you get arrested. If you interfere with a teleconference or public meeting in Michigan, you could have federal, state, or local law enforcement knocking at your door.”

I understand that some people are getting bored while under “shelter at home” orders. That doesn’t give them the right to go online and harass people. I wonder when we will hear news about the first arrest of a “Zoom-bomber”?

The California Supreme Court has ruled that Apple Inc. violated California law when it failed to pay employees in Apple Stores for the time they spend waiting for mandatory bag and iPhone searches at the end of their shifts.

The case is called Frlekin v. Apple Inc. It was filed as a class-action lawsuit against Apple by a group of Apple workers. The workers claimed that they were required to submit to searches before leaving the stores but were not compensated for the time those searches required.

The decision made by the California Supreme Court was written by Chief Justice Tani Cantil-Sakauye, who was appointed by Governor Arnold Schwarzenegger in 2010. A key part of the decision says:

…Applying these factors here, it is clear that plaintiffs are subject to Apple’s control while awaiting, and during, Apple’s exit searches. Apple’s exit searches are required as a practical matter, occur at the workplace, involve a significant degree of control, are imposed primarily for Apple’s benefit, and are enforced through threat of discipline. Thus, according to the “hours worked” control clause, plaintiffs “must be paid”…

…We reiterate that Apple may tailor its bag-search policy as narrowly or broadly as it desires and may minimize the time required for exit searches by hiring sufficient security personnel or employing adequate security technology. But it must compensate those employees to whom the policy applies for the time spent waiting for and undergoing these searches.

According to the Los Angeles Times, Apple has 52 retail stores in California, and that workers are required to submit to exit searches. Employees estimate that waiting for and undergoing searches can take five to 20 minutes, or, on busiest days, up to 45 minutes. 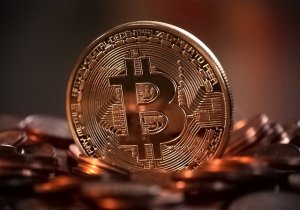 …As revealed by the government’s independent investigation and review of court filings, the new charges in this case relate to the alleged decades-long efforts by Huawei, and several of its subsidiaries, both in the U.S. and in the People’s Republic of China, to misappropriate intellectual property, including from six U.S. technology companies, in an effort to grow and operate Huawei’s business. The misappropriated intellectual property included trade secret information and copyrighted works, such as source code and user manuals for internet routers, antenna technology and robot testing technology. Huawei, Huawei USA and Futurewei agreed to reinvest the proceeds of this alleged racketeering activity in Huawei’s worldwide business, including in the United States…

According to the Department of Justice, the superseding indictment also adds a charge of conspiracy to steal trade secrets stemming from the China-based company’s alleged long-running practice of using fraud and deception to misappropriate sophisticated technology from U.S. counterparts.

The U.S. Department of Justice said that four members of the People’s Liberation Army, an arm of the Chinese military, have been charged with breaking into the networks of the Equifax credit reporting agency, and stealing personal information of tens of millions of Americans, according to the Associated Press.

This is specifically regarding the data breach that Equifax experienced on July 29, 2017 (which it failed to announce until September of 2017.) The Federal Trade Commission announced in July of 2019 that Equifax had agreed to pay at least $575 million, and potentially up to $700 million, as part of a global settlement with the FTC, the Consumer Financial Protection Bureau (CFPB) and 50 states and territories.

The U.S. Justice Department posted today remarks from Attorney General William Barr, in which he announced the indictment of the four “Chinese military hackers”. Here is a small portion of those remarks:

…Today’s announcement comes after two years of investigation. According to the nine-count indictment handed down by a grand jury in Atlanta, four members of the Chinese People’s Liberation Army, or PLA – Wang Qian, Wu Zhiyoing, Xu Ke, and Liu Lei – are alleged to have conspired to hack Equifax’s computer systems and commit economic espionage. In doing so, they are alleged to have damaged Equifax’s computer systems to have committed wire fraud….

TechCrunch reported that the four alleged hackers were said to be part of the APT10 group, a notorious Beijing-backed hacking group that was previously blamed for hacking into dozens of major U.S. companies and government systems, including HPE, IBM, and NASA’s Jet Propulsion Laboratory.