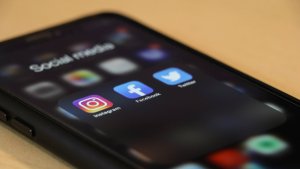 Senators Mark Warner, Mazie Hirono, and Amy Klobuchar introduced a bill called the SAFE TECH Act. The full name of the Act is “Safeguarding Against Fraud, Exploitation, Threats, Extremism, and Consumer Harms Act”. All three of the Senators who introduced the bill are from the Democratic Party. It appears that no Republican Senators took part in this bill.

The purpose of the SAFE TECH ACT is “to amend section 230 of the Communications Act of 1934 to reaffirm civil rights, victims’ rights, and consumer protections.” The bill has not yet been voted on by the full Senate.

Senator Mark Warner said, in a statement: “When Section 230 was enacted in 1996, the internet looked very different than it does today. A law meant to encourage service providers to develop tools and policies to support effective moderation has instead conferred sweeping immunity on online service providers even when they do nothing to address foreseeable, obvious, and repeated misuse of their products and services to cause harm.”

The SAFE TECH Act would make clear that Section 230:

Doesn’t apply to ads or other paid content – ensuring that platforms cannot continue to profit as their services are used to target vulnerable consumers with ads enabling frauds and scams;

Doesn’t bar injunctive relief – allowing victims to seek court orders where misuse of a provider’s services is likely to cause irreparable harm;

Doesn’t impair enforcement of civil rights laws – maintaining the vital and hard-fought protections from discrimination even when activities or services are mediated by internet platforms.

Doesn’t interfere with laws that address stalking/cyber-stalking or harassment and intimidation on the basis of protected classes – ensuring that victims of abuse and targeted harassment can hold platforms accountable when they directly enable harmful activity;

Doesn’t bar wrongful death actions – allowing family of a decedent to bring suit against platforms where they may have directly contributed to a loss of life;

Doesn’t bar suits under the Allen Tort Claims Act – potentially allowing victims of platform-enabled human rights violations abroad (like the survivors of the Rohingya genocide) to seek redress in U.S. courts against U.S. – based platforms.

Gizmodo reported that the SAFE TECH Act was widely endorsed upon announcement by several groups working to curb hate and extremism online, including the Anti-Defamation League and the Center for Countering Digital Hate. The Hill reported that that the NAACP Legal Defense also supported the bill.

Fight for the Future posted a link to a Google Doc that shows a letter which includes a long list of groups that are against the SAFE TECH Act. In a tweet Fight For the Future stated that 70+ human rights groups have sent the letter to Congress and the Biden-Harris Administration warning lawmakers against gutting Section 230.

Techdirt has a long and very detailed post about the SAFE TECH Act. They are very clearly against it.

One paragraph says: “A key thing to recognize is that it’s obvious that the drafters of this bill believe the myth that 230 protects “big” tech companies. The bill is written as if its only talking about Facebook, YouTube, and Twitter. Warner handwaves away the idea that the bill would destroy smaller companies in his announcement by ridiculously (and against all evidence to the contrary) saying that all startups are too small to sue, so it would only be used against larger companies.”

Personally, I believe that more should be done to prevent people from being harassed or cyber-stalked online. Social media platforms should be required to do more to uphold civil rights laws. Based on everything I’ve read, it does not appear that the SAFE TECH Act is the solution to these problems.