Ready for some some nostalgia? Those of us who look back fondly on the artwork and design style that accompanied Atari games have something to look forward to. The Art of Atari is coming! The book will be released in October of this year.

The Art of Atari was announced at Emerald City Comic Con by Dynamite Entertainment, the publisher of the book. The hardcover edition has a total of 352 pages and is being sold on Amazon for $30.56. It is available for pre-order.

The book was written by Robert V. Conte and Tim Lapetino. Conte is a pop culture historian with a vast memorabilia collection. (His author page on Amazon shows him standing next to a table filled with old boxes of Atari games). Lapetino is the Executive Director of MOVA, the Museum of Video Game Art. The book also has a forward by Ernest Cline, author of Ready Player One.

The Art of Atari includes art that was featured on the boxes Atari video games were sold in, as well as the original artwork that was specially commissioned to enhance the Atari experience (and entice people to buy the games).

The Art of Atari is the first official collection of this artwork, which spans 40 years of Atari’s unique illustrations used in packaging, advertisements, catalogs, and more. The artwork in the book was sourced from private collections around the world. You can see some of the artwork on The Art of Atari official website. 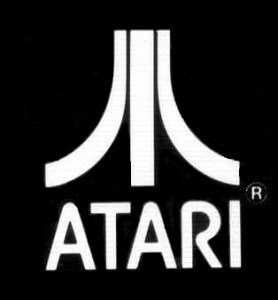 It’s safe to say that video games were a lot less sophisticated back in the 80’s. This was a limitation of the hardware of the time, certainly. But it was also due to the fact that the industry itself was young, and game developers knew they didn’t always have to work very hard in order to get decent numbers on the retail market. The 80’s was also a time rife with product tie-ins and merchandising. These factors created a perfect storm for what has gone down in history as one of the worst video games ever created.

In 1982, the game E.T. the Extra Terrestrial was released as a quick cash-in following the massive success of the Steven Spielberg film carrying the same name. I remember playing this game on the Atari 2600 console. Specifically, I recall the frustration I experienced over trying to play a game that really made no sense. The gist of the game (if I remember correctly) is that the player would guide E.T. across different screens to collect candy pieces and somehow, eventually navigate to a spaceship that would in turn take the alien visitor back to his home planet. The gameplay was weird and illogical. The graphics and sound, terrible.

The E.T. game ultimately tanked along with the rest of the industry during the great “video game crash” of 1983. But that didn’t erase the game’s reputation from history. Over the years, E.T. has consistently ranked among the worst video games ever made. It even spawned a fantastic urban legend that the game’s manufacturer had buried thousands of E.T. cartridges out in the desert in the hopes that they’d never be found again.

Turns out that urban legend is true! As part of an Atari documentary, an excavation team took to a dig site in New Mexico, eventually uncovering thousands of original E.T. cartridges. Some copies of the game are no longer playable due to damage. But some have managed to withstand the conditions and have been sold at auction. One copy of the game sold for over $1,500.

Some profits from game sales are going back to the city of Alamogordo as well as a local historical society. The excavation team that completed the dug is still holding some copies of the game to possibly be sold in the future. Along with E.T., copies of more popular games like Asteroids and Missile Command were also unearthed. Those cartridges will likely also be sold in the future.

It’s hard to believe that something once so derided could now be so valuable. You never cease to surprise us on where you’ll spend your money, video game nerds.

If you grew up in the era of Atari then you probably still get nostalgic for it once in a while.  Thankfully, there are still ways to get your Atari fix.  I occasionally fire up an emulator on my computer from time to time and play a game of Centipede or Asteroids.  But, if you don’t want to sit in front of your desktop or laptop, you can now take your Atari addiction mobile.

Atari’s Greatest Hits is now available in the Android Market.  The app itself is free and comes with Missile Command.  Additional games packs are available for $0.99 each, or you can purchase all 100 games for $9.99.  The game packs can only be purchased from within the Atari’s Greatest Hits app, and are sold through the Amazon Android App Store.

Atari requires you to be running Android 2.2 or newer.  If you’re looking for a fun way to waste some time and take a stroll down memory lane then this is a must-have app for a reasonable price – and, hey, if you just like missile Command, it’s even more reasonable at the price of free.  You can check out the brief intro video below.