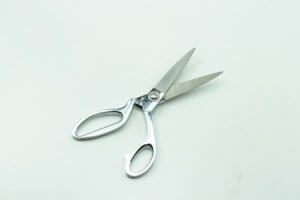 The New York Times reported that Mr. Musk has embarked on an enormous cost-cutting campaign since closing his $44 billion acquisition of Twitter. He initially slashed half of the company’s 7,500-person work force, fired workers, and continued with layoffs as recently as Monday. But he has also conducted a sweeping examination of all types of other costs at the company, instructing staff to review, renegotiate and in some cases not pay Twitter’s outside vendors at all, eight people with knowledge of the matter said.

According to The New York Times, Mr. Musk’s actions reflect the financial pressure that Twitter is under. The company took on $13 billion in loans for his buyout of the social network, The interest payments for that debt totals more than $1 billion annually. And Twitter has long faced financial difficulties, often losing money and struggling keep up with rivals like Facebook and Google that effectively monetized their advertising products. Some advertisers have paused spending on Twitter as they evaluate Mr. Musk’s ownership.

Mr. Musk has told Twitter employees that “the economic picture ahead is dire” and that bankruptcy might be in the cards for the company.

Business Insider reported that with Monday’s evening email, many changes speculated on by employees or briefly alluded to by Musk are being formalized. Twitter will no longer be covering several costs or paying for a number of perks made available to employees, some for many years, for example. And the maximum amount allotted for work-related trips has been limited, as those trips are also set to become rarer.

According to Business Insider, there were other changes detailed in the email. Twitter employees are expected to work in the office every day as of Monday, the day the email was sent. “Exceptions” will be allowed to allow people to remain working from home on a case by case basis, as Musk has said in previous emails. Musk previously softened his stance on working from home, which was offered to anyone working at Twitter under a decision made by previous CEO Jack Dorsey. Dorsey is now an investor in Musk’s new version of Twitter.

Business Insider also reported that perks, or “allowances” that are being “discontinued” per the memo include all costs associated with “wellness,” “productivity,” and “new hire productivity,” along with home internet or WiFi costs, training and development or “learning,” Camp Twitter, which was a company-wide group activity, and any smaller team activities which were previously expected to happen quarterly. A temporary allowance to cover daycare costs related to COVID is also discontinued.

In addition, the food and beverage situation at the company is also in the process of transition to a “partially paid” offering, according to the email. This means Twitter employees will now have to pay for much of the food the company will offer, where before everything was free.

To me, it sounds as though Mr. Musk has done his very best to encourage current workers to seek out a different company to work at. They might want to find one that provides the perks that are being discontinued at Twitter. This situation could also make people decide not to apply to work at Twitter.

Overall, I don’t see how Twitter can last as a company after so many workers were fired. I’ve seen a whole lot of the people that I follow on Twitter announcing that they have made an account at Hive.