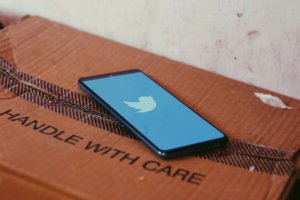 GroupM, the world’s largest media buying agency, is telling clients that Twitter is now a “high risk” media buy following a barrage of controversies, U-turns and confusion that capped off Elon Musk’s second week as the owner of the social network, Digiday reported.

The advice was shared in a document, seen by Digiday, that warns marketers of the risks of advertising on the volatile social network. It reads: “Based on the news yesterday [Nov. 10] of additional senior management resignations from key posts, high profile examples of blue check abuse on corporate accounts, and the potential inability for Twitter to comply with their federal consent decree, GroupM’s Twitter Risk Assessment is increased to a High-Risk rating for all tactics.”

According to Digiday, here is what Twitter must do to resolve several issues:

Digiday reported: It’s a reminder of where the real power lies in this standoff between Twitter and advertisers. Hint: advertising on Twitter has always been nice to have, not a must for the advertisers that spend on it. That may be one of the few things that hasn’t changed since Musk took over.

In addition, Digiday reported that those who pulled ad dollars don’t look like they’re going to be coming back this side of 2023. Then again, they never really were. Advertisers had essentially cut short their spending for this year on Twitter. Nothing Musk has done so far has been able to convince them otherwise.

The Verge reported that GroupM works with companies like Google, L’Oreal, Bayer, Nestle, Unilever, Coke, and Mars. If you’ve ever seen a that graphic about how a few brands make pretty much everything you buy at the grocery store, you’ll notice a lot of Venn diagram overlap with GroupM’s list of clients.

According to The Verge, GroupM is the third advertising juggernaut telling massive corporations that they might want to take their money elsewhere, after IPG and Omnicom Media Group both recommended pausing advertisements on the platform.

The Verge also reported: While Musk has said that he wants to wean Twitter off its reliance on advertising for revenue, he’s not there yet. For one, a lot of people can’t even buy the company’s premium Blue subscription service right now, because the company temporarily suspended that program. Musk has said that Twitter is burning through around $4 million a day, and he is saddled with hefty interest payments on the debt he used to purchase it in the first place.

Personally, I find it hard to believe that Twitter will continue to be a functional website, especially considering that it appears companies have been advised to avoid paying to put their ads on Twitter. Without revenue, either from ads or purchases of Twitter’s products, I don’t think that Twitter has much of a chance of surviving.