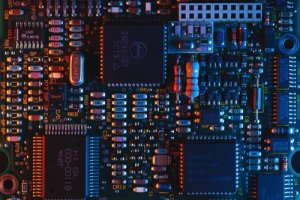 The Biden administration plans next month to broaden curbs on U.S. shipments to China of semiconductors used for artificial intelligence and chipmaking tools, several people familiar with the matter said, according to Reuters.

The companies publicly acknowledged the letters, which forbade them from exporting chipmaking equipment to Chinese factories that produce advanced semiconductors with sub-14 nanometer processes unless the sellers obtain Commerce Department licenses.

According to Reuters, a spokesperson for the Commerce Department on Friday declined to comment on specific regulations but reiterated that it is “taking a comprehensive approach to implement additional actions… to protect U.S. national security and foreign policy interests,” including to keep China from acquiring U.S. technology applicable to military modernization.

The Hill reported that semiconductor chips power most electrical systems and machines, from appliances to computers, vehicles, and modern weapons.

According to The Hill, over the summer, the U.S.passed the Chips and Science Act. The full name of this act is the CHIPS and Science Act of 2022. It refers to legislation signed into law by President Biden on August 9, 2022. The act originally was set at $52 billion, the passed legislation invests nearly $250 billion on a combination of semiconductor and other scientific research and development. An additional $20 million appropriation goes to provide enhanced security for members of the U.S. Supreme Court and their families.

Investopedia posted key points of the CHIPS and Science Act of 2022:

The Hill reported that chipmaking company Nvidia, based in California, said the U.S. began requiring a license to export chips that are better than or equal to its A100 graphics card to Russia, China, and Hong Kong. A similar restriction was reportedly applies to the company Advanced Micro Devices.

According to The Hill, China has demanded the U.S. drop the requirement, which affects data centers, artificial intelligence systems and other equipment that requires highly advanced chips.

Personally, I highly doubt that the U.S. is going to drop the requirement to have a license to export American made chips to China simply because China asked for that. The point appears to be an effort to make the United States more self-sufficient by allowing certain American chip makers to continue producing chips. I think this will enable Americans to more easily access the technology that the chips are made for, and also to reduce shipping delays.