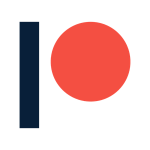 Patreon has laid off five employees responsible for its security engineering, Gizmodo reported. Patreon confirmed the worker cuts in an email to Gizmodo on Friday.

“As part of a strategic shift a portion of our security program, we have parted ways with five employees,” said Patreon in an emailed statement attributed to the company’s U.S. policy head, Ellen Satterwhite, Gizmodo reported.

Gizmodo also reported that Emily Metcalfe, formerly a security and privacy engineer at Patreon, and one of the laid-off workers described the cut as affecting the entire internal security group. “I and the rest of the Patreon Security Team are no longer with the company, she wrote in a LinkedIn post announcing that she is now looking for a new job.

TechCrunch reported that Ellen Satterwhite confirmed the five layoffs but declined to answer questions, or say how many employees it had on the security team prior to the layoffs. According to TechCrunch, Satterwhite did not dispute that the entire team had been laid off.

According to TechCrunch, Ellen Satterwhite would not say for what reason Patreon laid off its security engineers, but added that the company works with external organizations to “develop our security capabilities and conduct regular security assessments.”

It is unclear to me exactly why Patreon decided to lay off – some or all – of their security team. What I do know is that if you type “Patreon security team” into Twitter, you will see numerous tweets from people who use Patreon who appear to be considering… not using it anymore. Without pointing out any specific Twitter accounts, the news about the security team is making Patreon users uncomfortable. Some have paused their Patreon, others appear to be looking for an alternative to Patreon.