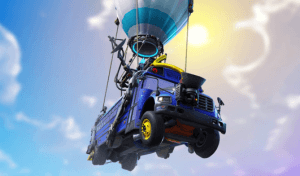 There were several gaming companies who chose to prevent people in Russia from playing their games. Two gaming companies went the other direction, and created fundraisers to help people who are in Ukraine. Personally, I think raising money as a form of support is a good way to provide help to those in need.

The Verge reported that Fortnite raised a total of $144 million for Ukraine relief efforts in two weeks. The game raised $36 million on its first day alone.

The Fortnite Twitter account @FortniteGame tweeted: “Our deepest thanks to everyone who joined us in supporting humanitarian relief efforts for people affectedly the war in Ukraine. Together with the Fortnite community and @Xbox, we raised $144 million USD for @DirectRelief, @UNICEF, @WFP, @Refugees and @WCKitchen.”

Direct Relief has a mission to improve the health and lives of people affected by poverty or emergencies without regard to politics, religion, or ability to pay. The UNICEF Twitter account’s bio reads: “As war escalates in #Ukraine, UNICEF is on the ground reaching children with water, health and education services. Here’s how you can help.” @WFP is The United Nations’ World Food Programme. @Refugees is the United Nations’ refugee agency. @WCKitchen is the World Central Kitchen. It was founded by Chef Jose Anders, who goes to the frontlines in times of crisis to provide meals to people.

Engadget reported that the Fortnite campaign aligned with the start of Fortnite’s latest season, meaning that many players were buying V-Bucks to unlock the latest Battle Pass and scoop up new in-game items. Epic and Xbox donated their cuts of gifted Battle Passes, Fortnite Crew subscriptions and gift cards redeemed during that time to relief efforts as well.

Riot Games (maker of League of Legends) also held a fundraiser to help people in Ukraine. @RiotGames tweeted: Thanks to the efforts of our amazing players, we’ve raised $5.4 million total in funds to support humanitarian efforts in Eastern Europe”.